After following our Olympic Torch from Greece to Russia, we were ready to learn about the largest country on Earth.  Russia covers three continents and nine time zones.

Geography:  Thanks to our Local Library once again, we picked up several books about Russia.  We used these to complete the mapping activities in our geography workbook, “Expedition Earth” (available from Confessions of a Homeschooler).  We completed the flag work and mini-books daily to learn about the Russian economy, government, and culture.  As Russia was host to the Winter Olympics, it gave us an opportunity to watch the Olympic torch daily as it checked in to various sites throughout the country.

History:  As someone who remembers the end of the Cold War, I shared my memories of the world as it was when the largest country on Earth was a Communist nation.  My boys found it fascinating to compare political systems at a very rudimentary level.  They were surprised by how country borders changed due to the political climate in the Soviet Union.  In our classroom, we have two globes.  One is a topographical globe showing landforms of the world circa 2011.  We salvaged the other globe from my grandmother’s attic circa 1930.  By comparing them, we could identify how countries change their borders due to the rise and fall of their political systems.  I think it gave them a sense of appreciation that we live in a country with a stable government.  At least it did that for me.

Science:  Once again, my 8-year-old completed his “Animals of the World” mini-book, this time learning fun facts about the Russian Desman, wolverine, musk deer, European mink, and monk seal.  He classified these on his project board.  The mini-book template and animal pictures are available as a download from Confessions of a Homeschooler.

Music:  No study of Russia would be complete without listening to the music of Tchaikovsky’s Swan Lake or “The Nutcracker” so, of course, we listened to these beautiful melodies as we went about our day.

Language Arts:  We checked in daily with our Olympic Athletes during the event, so this super cute Olympic Freebie from Sara at Teachers Pay Teachers was the perfect way to practice some writing skills.  Kids can invent their own sport, complete with rules and equipment, and draw their own Olympic medal.  My 8-year-old especially enjoyed creating his book. 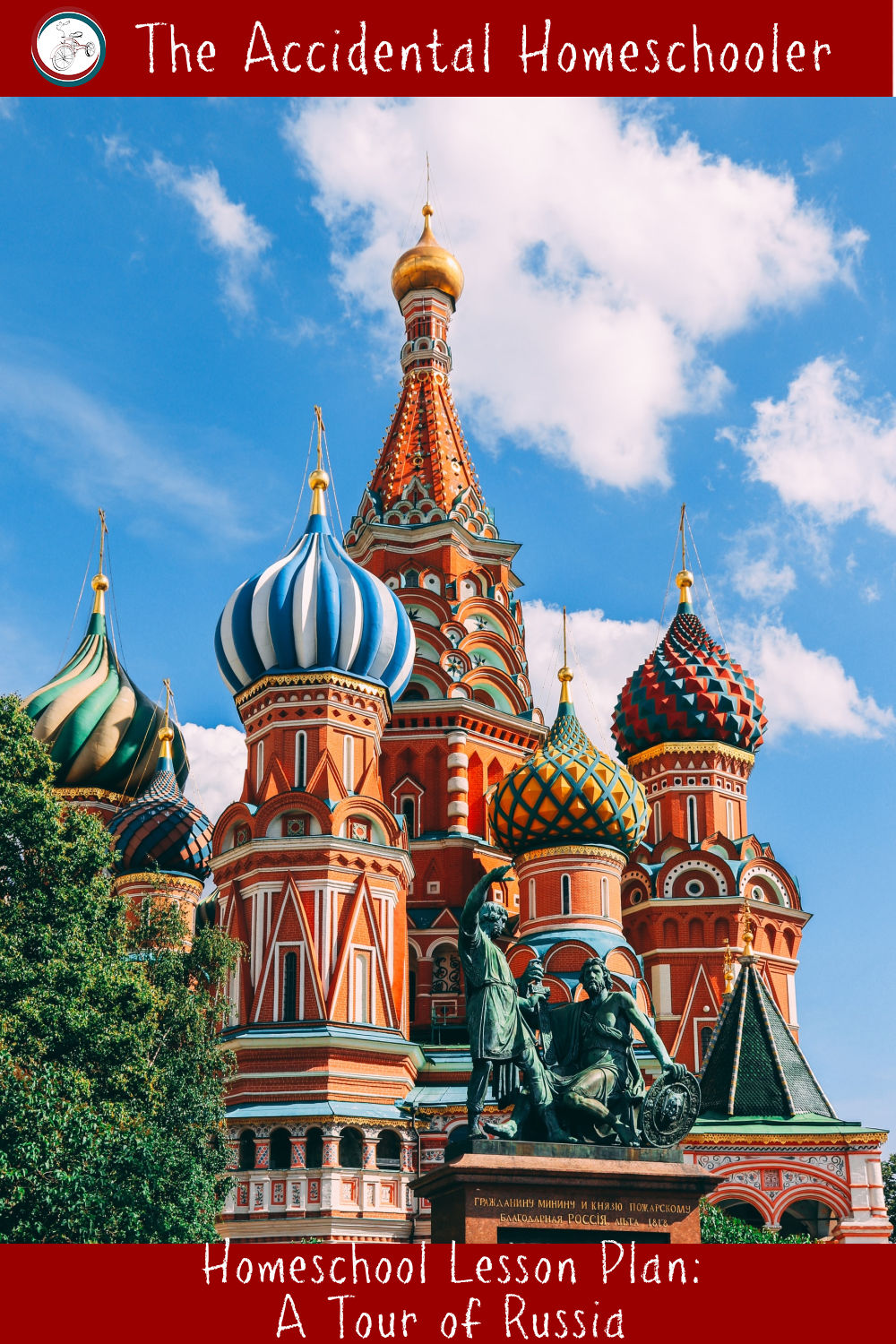 This week our Accidental Homeschooler is traveling to Norway. Genevieve shares her Homeschool Lesson Plan for Norway. […]

Give boys knitting needles? Genevieve is giving advice about knitting with boys, yes it can be done! And it’s educational! […]

Accidental Homeschooler: Greece: A Week in the Mediterranean

Genevieve is mom to 3 kids; three kids 8, 10 and 14 and she found herself accidentally homeschooling her two boys. These are their adventures. […]