MGM’s version of The Wizard of Oz is a magical classic that just about everyone is familiar with. While many people have taken on the L. Frank Baum classic tale and made it their own, presented in many forms, the movie is still the standard that many compare it to.

Big Deal Productions, the community theater housed by the Buffalo Grove Park District, presented a staged version of MGM’s classic telling and the only thing missing was Judy Garland.

I walked in with my two oldest children (10 and 8) expecting a quaint theater telling of a classic story. We left two and half hours later feeling like we had just stepped into the movie. From the costumes and sets to the music and lighting, this felt like Broadway in the suburbs, not a community theater.

Dorothy was played by University of Illinois student and Buffalo Grove Native Jamie Sergay. While she may be going to college on a full scholarship for engineering, she could easily use actress as a back-up. She took on the role made famous by Judy Garland with poise and grace and an amazing voice.

This production was truly a showcase of the arts in Buffalo Grove. With a huge cast of singers and dancers, it showed off everything the Community Arts Center and the Park District has to offer in spectacular fashion. How do you simulate a tornado in a theater? With dancers and lights that managed to magically capture that iconic scene, complete with a bike riding Ms. Gulch.

My two kids, including a reluctant 10-year-old boy, sat captivated through the whole show. My son was fascinated with the technical aspects of the show: how the witch was shown and melted and of course the Winkies and the flying monkeys. At times my daughter (8) was frightened by the lights or noises, but she still smiled and enjoyed the whole show. They do use strobe lights and fog to replicate thunder and lightning, which may be scary to younger children. Also note that the show is two hours long. There is a brief intermission (and a concession stand), but we had some tired children and left during the curtain call at 10 p.m. from the 7:30 p.m. show.

The Community Arts Center is a community work in progress to give the arts a permanent home in Buffalo Grove. It’s a small theater affording great views no matter where you sit. We were in the back row and only missed a few things that took place on the very outskirts of the stage. The performance is accompanied by a full, live orchestra (housed off stage) which just adds to the quality of the performance.

Parents of small children will be pleased to know that these are regular chairs and not folding seats, no need to load up the back of the chairs with heavy purses to keep them from swallowing children! They also offer riser cushions for guests young and old who may need an extra boost.

You have one more chance to see the Wizard of Oz this weekend.

Disclosure: The writer was provided tickets to the show in order to facilitate the review. All thoughts and opnions are her own and no other compensation was received.

About Melissa Haak 859 Articles
Melissa is mom to 4. She used to dream of traveling the world, now she dreams of a clean kitchen. She can be found on most social media sites as @PBinmyHair because with this much hair and four kids, you're bound to find something in it.

October 1, 2019 Melissa Haak 0
Families with special needs don’t need to miss out on local family fun! We’ve rounded up this month’s events for families and children with special needs. Unless otherwise stated, all events require preregistration. See the […]

September 19, 2018 Laura Otto 1
I love live theatre, but admittedly, it can be hard to make the trek to Chicago, especially when I’m already trying to juggle a full-time job, long commute, and the hectic schedules of three kids. […]

July 17, 2015 Melissa Haak 0
The latest show at the Marriottt Theatre for Young Audiences is one that many parents are probably familiar with thanks to a certain cartoon version, but as I learned, many kids are not. Before you […] 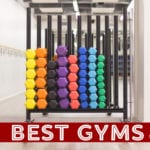 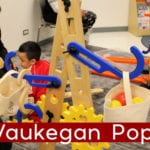 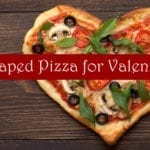 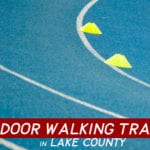