This story was part of a partnership with Bella’s Bouncies

My two oldest have birthdays that are less than two weeks apart. We go to a small school, and they have many sibling pairs between their classes. Because of this we always try to do a joint birthday party for their classmates.

Generally, we have not lucked out with the weather at the beginning of May. It’s unpredictable at best, so all our attempts at having an outdoor party at our house have been thwarted. Our home is just not big enough to survive 19 seven-year-old boys.

This year the kids wanted to bounce, so I set out to find the most affordable location for 30+ kids (20 kindergartners and 12 second graders). I found Bella’s Bouncies through our Bounce House Round-up and remembered being at an open play there. I was sold right away because the standard party rate is for 30 kids, the most of all the bounce places! Since we had two classes, this was a huge bonus as most sites limit parties to 20-25 with a charge for each child over that.

Bella’s Bouncies went over and above our expectations for the party.  We were in Party Room A, which I choose because of the climbing structure. We had an extensive range of kids (ages 3-8), with the older kids being all boys. I wanted more options for them to spread out and run around. Bella’s does have another party room that is bigger but has fewer bounce structures. The structures are bigger and include a basketball one. If I were doing the party for just the older kids, I would have had it in this room.

I think the best part was that we could run the party as we wanted. We did it on a Thursday night, and with rain and traffic, several guests were late. Since we could bounce for the whole two hours, it allowed kids to come and go from the party room as they finished eating, instead of having to keep them in the room and entertained.  It was also nice because we generally don’t open gifts at parties, so we don’t need a whole hour of exclusive party room time. The freedom to come and go worked much better for us and the kids.

The staff at Bella’s was super helpful and very friendly. The room came set up with tables, tablecloths, and balloons. They had free popcorn, and all the kids went home with balloons! They even turned the music down at our request (the loud music is my biggest pet peeve at bounce places). We also received a thank you note in the mail a week later, which was a lovely touch.

Overall it was one of our best party experiences  and highly recommended.

Disclosure: I received a discount on our party in exchange for sharing this review and discount code with you. All thoughts and opinions are my own. 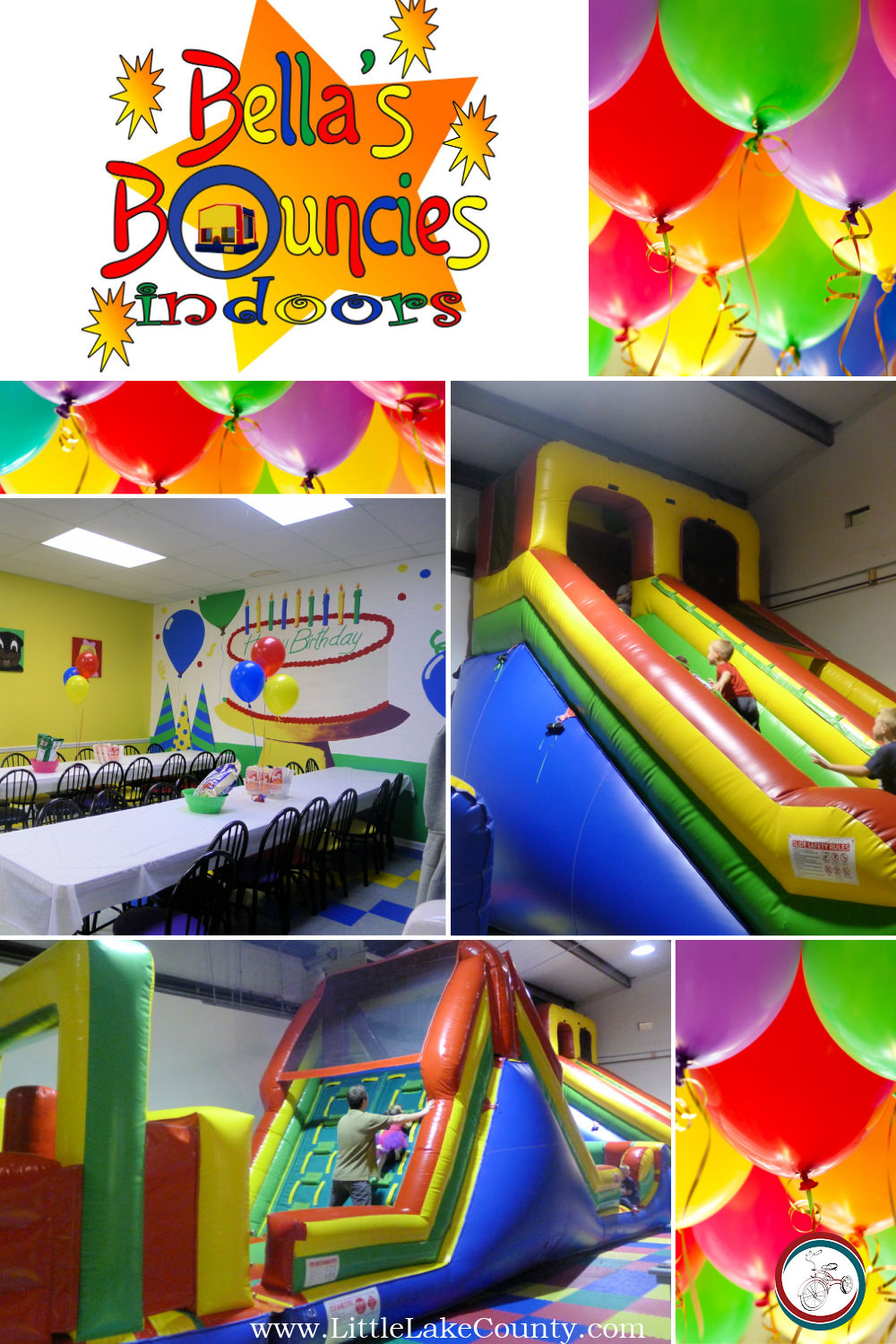 If an evening constructing abstract art out of marshmallows or playing a giant game of Jenga sounds like fun to you, don’t miss this year’s 7th Annual “Full STEAM Ahead” Brain Builder Fundraiser, to be […]