If you have never seen the hit holiday movie Elf, I have to question where you have been the past ten years. This film, starring the quirky Will Farrell, became an instant holiday staple. A human raised by elves returns to New York City to find his long-lost family and spread Christmas cheer. It’s fun, it’s positive, it’s family-friendly. And to be honest, it plays in our home ALL YEAR LONG.

So imagine my excitement when I learned that a live stage production was being made. As a bonus, it is currently playing at a high-quality theater in our own backyard, the Marriott Theater in Lincolnshire.

Elf the Musical at the Marriott Theatre

The Marriott Theater is located within the beautiful confines of the Lincolnshire Marriott Resort. The theater was nothing like what I was expecting. It is not your typical setup. Instead, the seating surrounds the stage from every angle, making every seat a good seat, and making it feel very intimate.

The heartwarming show opens with a very sassy Santa Claus, who, through a few jokes, tells us the humble beginnings of Buddy the Elf. After a highly energetic number performed by the happy elves, we are introduced to the star of the show, Buddy the Elf. The role of Buddy was perfectly cast, full of life, innocence, a great singing voice, and the actor, Alex Goodrich, is a Will Farrell look alike. The show takes us through the rest of his adventures in New York City, from working at Gimbals to meeting his father to changing everyone’s hearts.

The talent of the entire cast was phenomenal. Besides the obvious role of Buddy, I was really impressed with the performances of two of the actors in their roles. The young boy who plays Micheal, Buddy’s newly found half-brother, had the musical talent of a highly experienced professional adult. Cam Ezell has a bright future. I also enjoyed the secretary of Walter Hobbs, who had a unique energy that she added to the show—played by the pretty as a Christmas Card, Susan Moniz.

The storyline of the musical varies slightly from the movie, but it works. What they keep is the basic plot, most of the characters (Buddy’s adoptive dad and the Peter Dinklage character are missing), and many of the best quotable lines (“Buddy the Elf, what’s your favorite color?!”) The songs are fun, catchy and well performed. The stage set transitions were almost seamless. And I smiled and laughed throughout the entire performance.

Reservations: While Elf the film is appropriate for all ages, I would limit the ages of attendance to this show to older children due to innuendos, and a few swear words. I cannot wait to go back and take the adult family when they are in town for the holidays. And I am eager to now explore the other quality offerings at the theater.

There are many performance times and dates throughout the holiday season. The show runs from October 21-December 31, 2015.

By Jenna B.
Antioch

Jenna is an active wife and mom of 2 game-changers. A professional Counselor by trade, Antioch resident, and native Cheesehead, this mindful momma is laid back and up for any mess or adventure, doing her best to live in the moment. When not tuning out or taming tantrums, she’s running, cooking, reading, creating music, or shopping local. 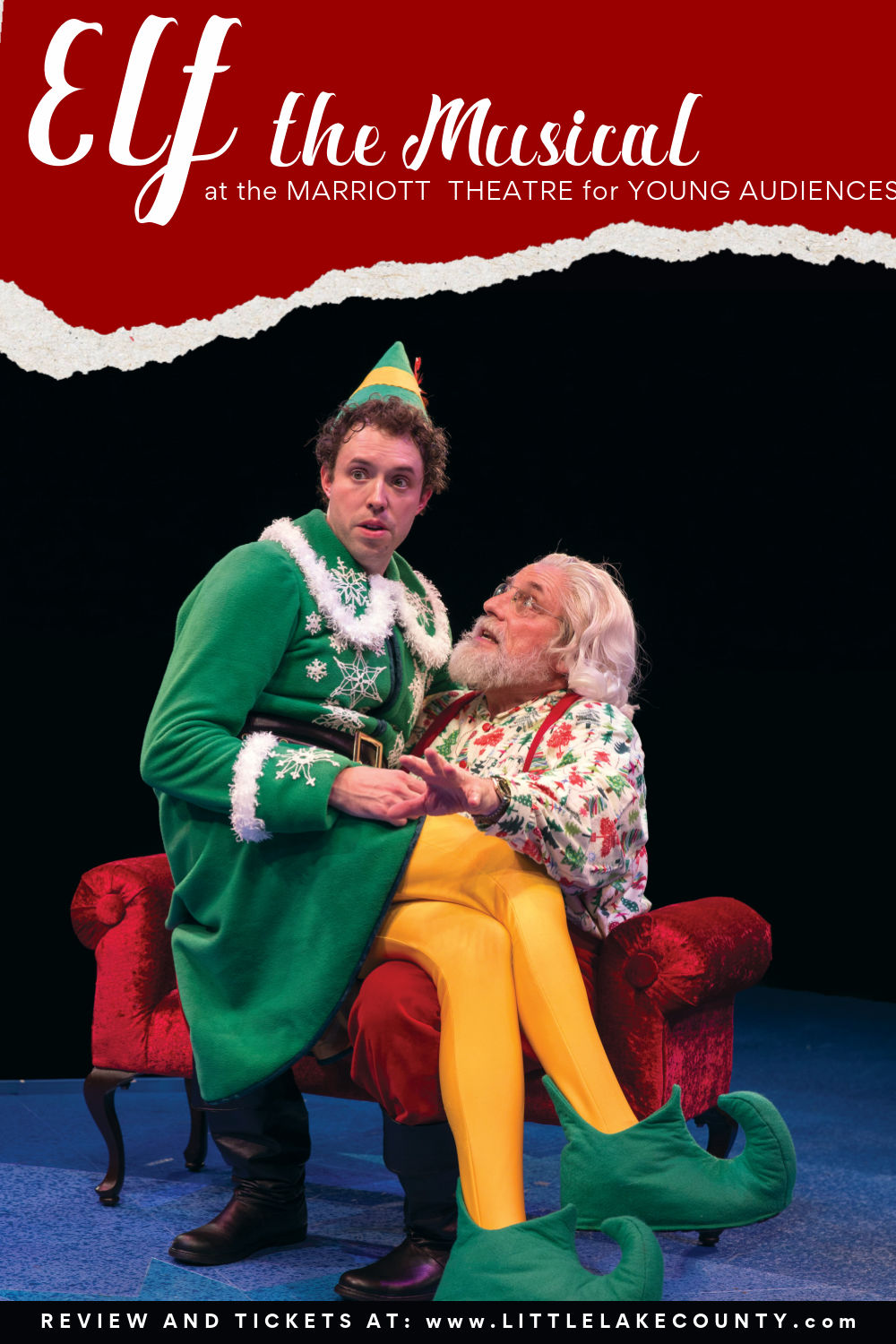 This fall, the Marriott Theatre for Young Audiences brings Shrek The Musical to children and parents of all ages. Based off of the Oscar winning Dreamworks Animation film, Shrek The Musical follows Shrek’s journey with […]

Break out the sparkling grape juice, noisemakers and confetti – New Year’s Eve is right around the corner! If keeping the kiddos up until midnight is a recipe for disaster, consider ringing in the New […]

It’s not a secret that I love musical theatre and that I am a huge fan of the local community theatres we have throughout Lake County. Highland Park Players Theater for Young Audiences is one […]