Enchanting, magical, brilliant – just a few words to describe the amazing Cirque Du Soleil: Kurios show that just opened up in Chicago. The tour of this magnificent show, featuring a cast of insanely talented people, will be here in Chicago until September 20, 2015.

For the entire 2.5 hours we were there (the show started at 8:00 p.m., we exited at 10:35 p.m., and there was a 25-minute intermission halfway through), there was never a dull moment. The time flew by, with so much to look at on stage and so many cool things going on. Kurios kept my attention on overdrive the whole time.

We were there opening night, so excitement was high all around, and the performers – all dressed in sensational costumes – put on a stellar performance.

As we exited the main tent during the intermission, we were greeted by servers holding trays of decadent Salted Caramel Bars and Red & White Wine – all complimentary! (Not sure if this happens every night at Cirque Du Soleil or if it was special for opening night). The concession area was roomy and very clean; hard to believe it was all set up under a series of tents! They have gift store areas, photo areas, even a lovely lounge area to sit in. I was pleasantly surprised at how spacious it was and how easy it was to move around with all the people there. I had thought for sure we would be crammed in like sardines during intermission as everyone left the main tent – but it wasn’t like that at all.

KURIOS – Cabinet of Curiosities is a tale in which time comes to a complete stop, transporting the audience into a fantasy world where everything is possible. In this realm set in the latter half of the nineteenth century, the reality is quite relative indeed as our perception of it is utterly transformed. The name of the show refers to the humble and strange characters that inhabit the Seeker’s Cabinet of Curiosities.

In an alternate yet familiar past, in a place where wonders abound for those who trust their imagination, a Seeker discovers that in order to glimpse the marvels that lie just below the surface, we must first learn to close our eyes.

In his larger-than-life curio cabinet, the Seeker is convinced that there exists a hidden, invisible world – a place where the craziest ideas and the grandest dreams lie waiting. A collection of otherworldly characters suddenly steps into his makeshift mechanical world. When the outlandish, benevolent characters turn his world upside down with a touch of poetry and humor in an attempt to ignite the Seeker’s imagination, his curios jump to life one by one before his very eyes.

The audience consisted of all ages, although I would not take my 3-year-old to something like this. Older kids, however, would probably really enjoy the show. There was something to please everyone. Humor, acrobatics, contortionists, dancers, and so much more – all with a steampunk flair. A little hard to picture, maybe? Well, I’m still not really 100% sure what it was about, but I’d love to see it again!

Simply put, I don’t know how anyone could not enjoy this show, it was truly amazing. I cannot wait until my next Cirque Du Soleil experience!

Disclosure: The writer was provided with tickets to opening night to facilitate this review. All thoughts and opinions are that of the writer and no other compensation was received. 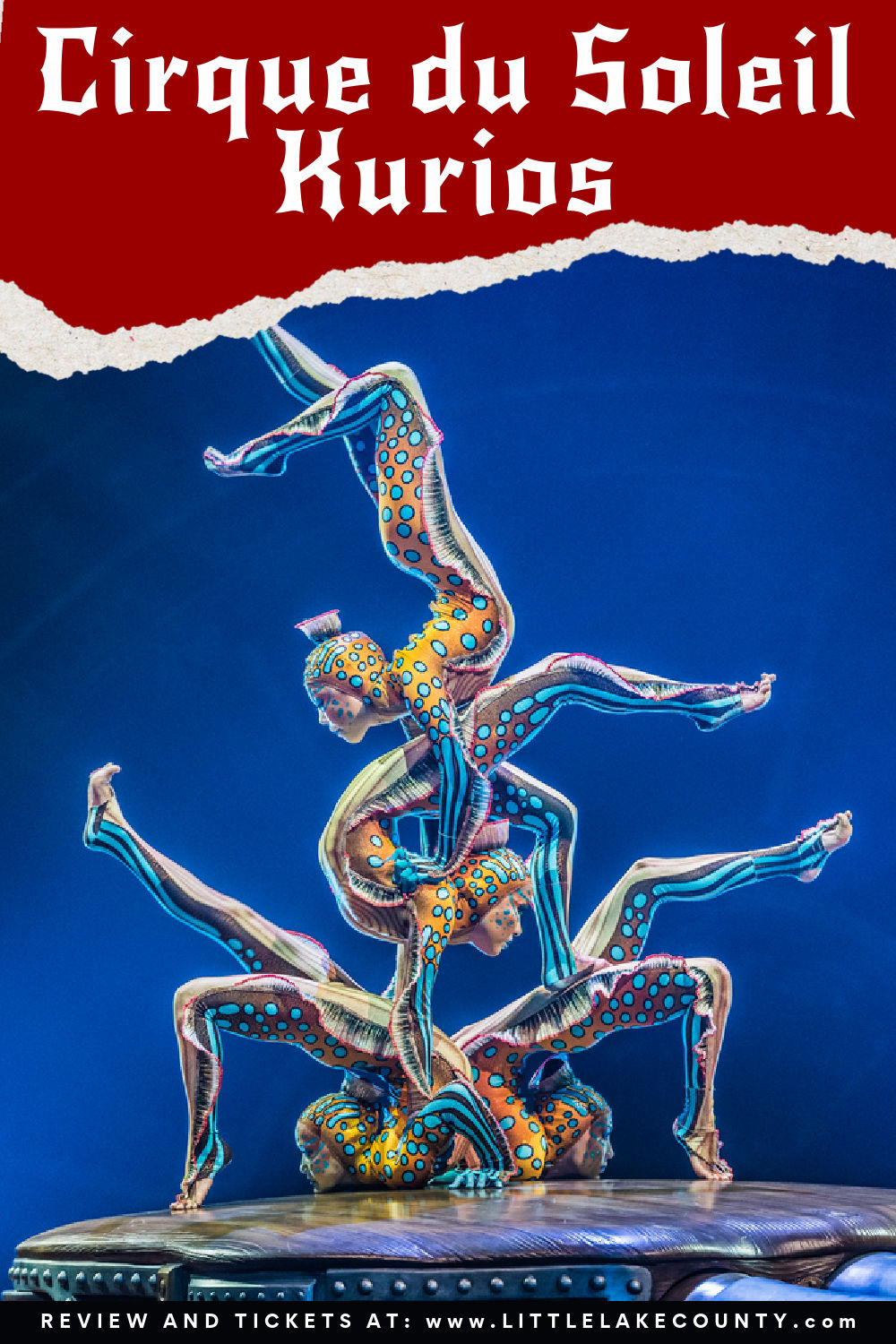 About Jessica 23 Articles
Jessica is a Lake County transplant from Canada that loves to explore new places with her husband and daughter. A published author, avid crafter and exotic animal trainer she rarely as a dull (or quiet) moment.

I’m not sure how or when trains became associated with holiday celebrations. Is it because model trains are a popular children’s gift? Because family members used to ride trains home to see family? Or do […]

Earlier today we shared a Kid’s View of the Sheddvocate program. Here is more information and backstory, from an adult’s view. The Shedd Aquarium is one of the largest and oldest aquariums in the world, […]