The world’s most exceptional sporting event is upon us once again. That’s right, it’s been four years already, and the summer Olympics are back! The games in Rio are have begun, and you can join in on the fun by celebrating from home. My sons Jordan and Danny were five and two when the last Summer Olympics occurred. Now, at ages nine and six, they’re all ready to watch nightly and cheer on the Olympians. This summer, enjoy the Olympics with your family and try some activities that will get you into the action from your own home.

First, start by exercising your mind. Visit your local library and take the opportunity to read about famous Olympians or learn about some of the sporting events you are sure to watch. My boys are already curious about many sports like the javelin throw, gymnastics, basketball, diving, archery, and more. We’ve had a chance to learn more about each game, and now they’re excited to cheer on the red, white, and blue in these events.

While most will be cheering on the USA this summer, it’s always fun to see which other countries are being represented in each event. My wife’s family is from Guatemala, and even though it’s a small country, it’s fun to see if they have athletes who will be competing. Maybe you have a connection to another country and can look at those athletes, too. The Olympics is also the perfect time to notice the designs on the flags of other countries and for each family member to design his or her own flag. Get out the construction paper, markers, scissors, glue, and whatever else you have on hand to get started. You can wave your flags and have a parade around your living room.

Do It Yourself Backyard Olympic Events

Now that you’ve learned about the games and you have your team flag, it’s time to play! Set up some Olympic games in your backyard. It may not be Rio, but things can get competitive among siblings or neighbors, so invite them to take part in the excitement. Here is a list of activities that will get your kids into the Olympic spirit without taking too much money out of your wallet.

Javelin Throw
Take a visit to your local dollar store or your garage and find an available pool noodle. Not only do you have a great pool noodle for the next time you go swimming, but you now have a perfect javelin to throw in the backyard. Set up a line in the grass and give each thrower a chance to send it as far as it can go. Have each person stand where their javelin lands to show the farthest throw and see who takes the gold.

Discus
Dust off that old Frisbee and set up your own discus track and field event in your backyard or neighborhood sports field. A little different from the traditional discus throwing technique, give each participant three throws to see who can land one the farthest distance from the throwing spot.

Soccer
Head over to your local soccer field or grab a small goal, cones, or any object from the garage to act as a soccer goal. Each participant should decide on their own country or team name. With one soccer ball in play, players will try to score a goal and yell their country or team name as they shoot. The object of this game is to try not to be the last team to score because the last team to score is eliminated. Continue to play until there’s one gold medal champion team remaining.

Fencing
Take your extra pool noodle and cut it in half. Now you have two fencing swords as your Olympic fencing champions are set for battle. Make sure each participant is in the ready position, and players attempt to hit their opponent on or below the knee to earn a point. After each point, players get back to the ready position and start again. The first player to get three points wins the top medal.

You’ve had the opportunity to read and learn about the upcoming events, create your favorite country’s flag, and participate in the backyard Olympics. But don’t forget to make time to watch the world’s most amazing athletes compete at the highest level for their countries. Watching the Olympics is truly experiencing an incredible story unfold over sixteen days. Starting with the opening ceremonies in Rio de Janeiro, Brazil, at Maracanã Stadium on August 5th and ending on August 21st with the closing ceremonies, the Olympics and all of its events are must-see TV. All events will air on the networks of NBC Universal. There will be so many events taking place at nearly all hours of the day. You can also learn all about the 2016 Olympic mascots and their stories, and find free downloads at their official website page. Be sure to tune in and cheer on Ingleside hometown hero Daniel Dennis when he goes for the gold in Rio.

For an athlete, being in the Olympics is a dream come true. All their hard work and determination led them to this amazing opportunity. Celebrating the Olympics with your kids can be fun, but it can also be inspirational. Who knows, maybe you have a future Olympian sitting next to you right now.

What is your favorite Olympic sport to watch as a family? Tell us about it in the comments section.Save 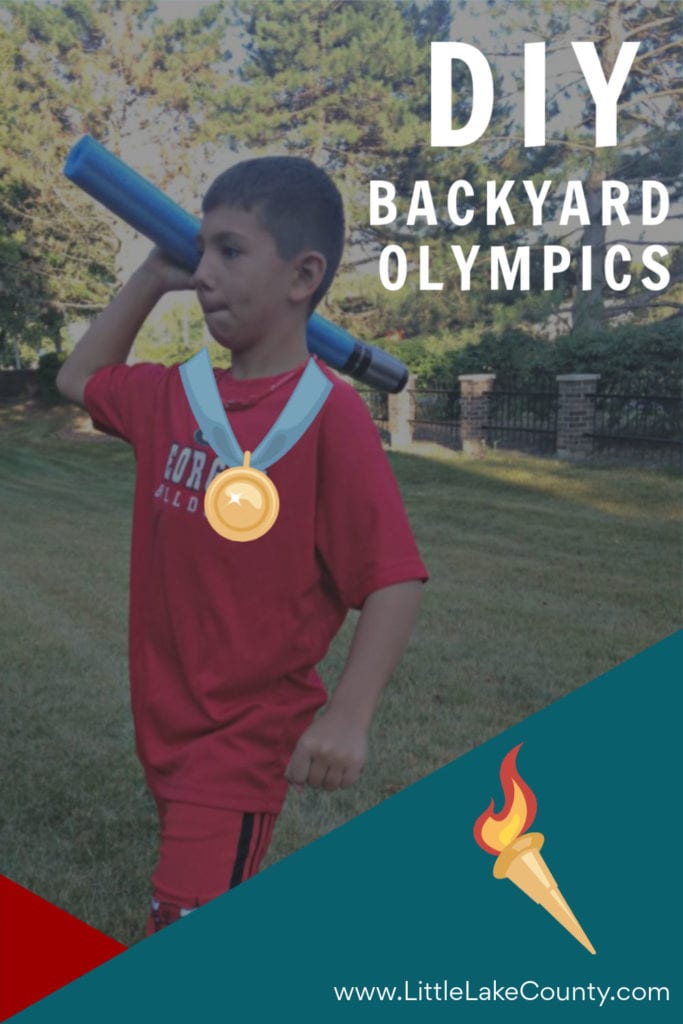 About Chad Vincent 27 Articles
Chad is a Mundelein dad who loves to stay active and on the move with his two super-hero sons, Jordan and Danny, and his energetic wife, Jen. He’s a K-8 physical education teacher at Bannockburn School by day and a crazed fan of the NIU Huskies, Chicago Bears and Chicago Bulls by night. He also keeps busy by discovering new parks with his family, teeing it up at local golf courses and making frequent visits to Chipotle. You can follow Chad on Twitter at @c23v and @bulldogsmove

8 Ways to Connect Kids with Nature

Now that spring is here and it’s starting to warm up outside it’s time to get the kids back outside! Openlands Lake County (formerly Conserve Lake County) had a great handout at the Green Living Fair […]

Editor’s Note: This post was originally published in 2013.  Please visit the Donley’s Wild West Town website for current hours and admission fees.  If you are in the mood for some fun…head out west! Well, […]

10 Ways to Beat the Heat in Lake County

It’s another sweltering day in Lake County. If the heat has you thinking only about cool iced drinks by a seaside pool instead of how to entertain your kids, we’re here to help! A quick […]