This message will self-destruct like a toddler in the toy aisle.

Disguised as a midwestern mom with her first-grader, Agent 3’07” and I infiltrated the combatant training camp at Six Flags Great America in Gurnee.  Agents in training were testing their speed and agility using the Chrono Bomb spy mission game.

The spymasters wound the 27.5-ft. string using the included clamps to create a “laser field.” At the end of the maze is the bomb, counting down…tick, tick, tick! Agents attempted to crawl through the laser maze while the counter ticked down and recovering valuable classified information. Unfortunately, agents who bumped the wire as they tried to navigate the course would trigger the time bomb to tick down faster!  It was a trap!

Below is covert footage from our spy cameras…

Agent 3’07” was able to successfully navigate the laser field several times to defuse the bomb and kept asking for more. I appreciated the fantasy element in the game that allowed Agent 3’07” to flex his imagination and the active play element that flexed his muscles as well.

Chrono Bomb can be played alone or with a group of operatives. Once agents have mastered the laser field, you can increase the difficulty level by specifying which cards the agents need to recover. It is recommended for ages seven and up.

Find Chrono Bomb on Amazon or wherever Toys and Games are sold.

Disclosure: I was invited along with my child to a Media Event at Six Flags Great America in order to learn about Chrono Bomb and try it out for ourselves.  We were provided free admission to the park in order to attend the Media Event. No other compensation was received. All thoughts and opinions are my own. 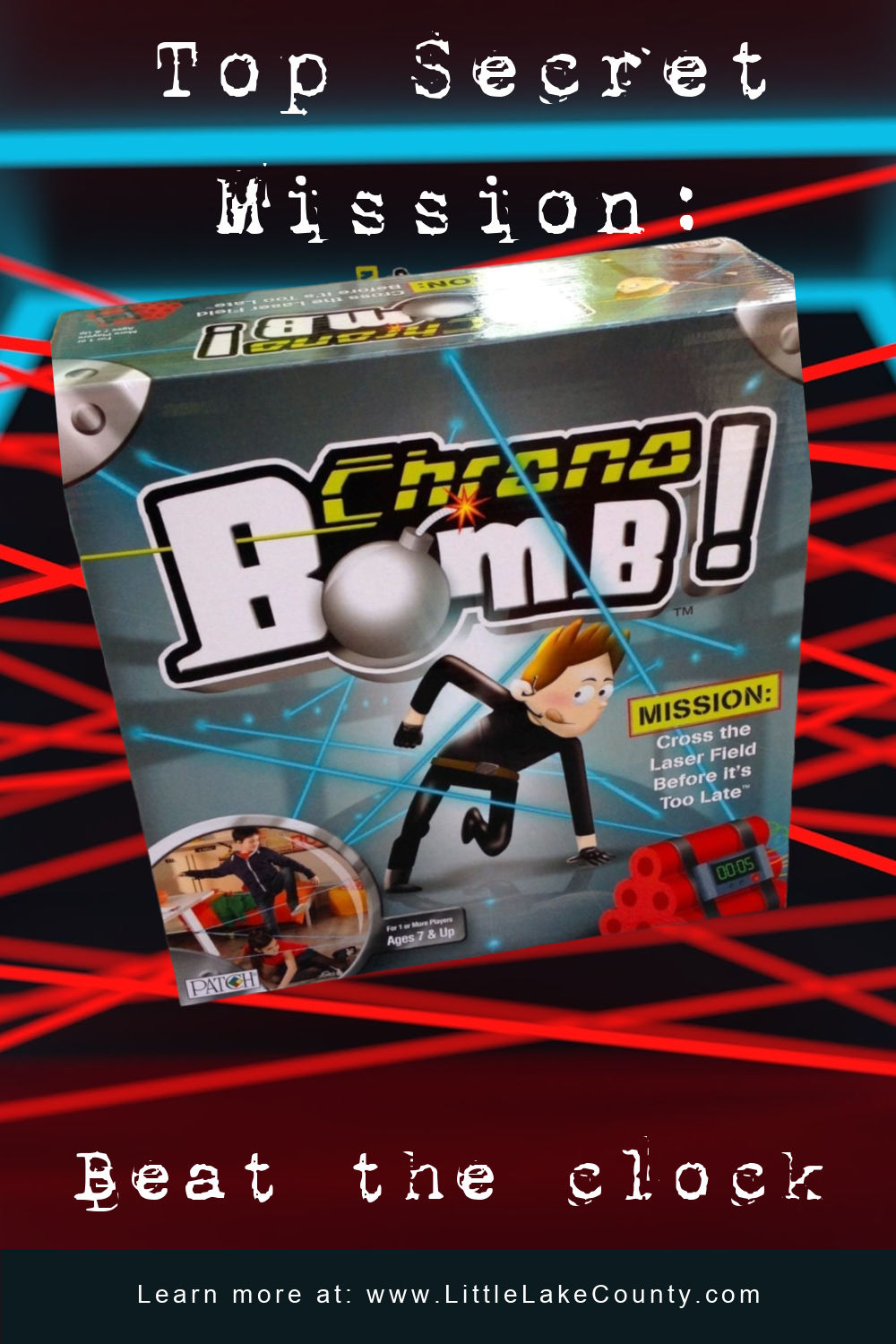 A few months ago, we started a family tradition of doing a weekly movie night on Saturdays with our pizza. We usually alternate between letting our 7year old (boy) and 5year old (girl) choose the movie. It’s […]

Editor’s Update 7/14/15: Tickets are SOLD OUT! Here is the 2015 Saturday Price list. Have you been hesitating to buy your child an American Girl doll?  I totally understand, it’s not exactly an impulse buy for most people! […]

Sometimes you see a toy and you think, what? huh? how? Who came up with that, does it work, will the kids like it? These are the questions that my husband and I tossed back […]