The Penguins Strike Back

Return of the Penguins

Hey, when you homeschool two boys, you get to improvise.  Random connections to Star Wars themes are sometimes my only way to engage them.  But, this past week, we finished our unit on Antarctica, and my boys quickly embraced our expedition.  They’re already in love with penguins from seeing them at the Shedd Aquarium.  But studying Antarctica included so much more.  Here are a few ways we immersed ourselves in the continent:

Math:  We set our www.weather.com favorites to include Grayslake, Illinois, and Base Orcadas, Antarctica.  Base Orcadas is one of the oldest scientific weather stations in Antarctica.  We compared temperatures daily to see where it was colder.  That allowed us to calculate the difference.  Enter adding and subtracting negative numbers!

Science: Since our temperatures were similar to those in Antarctica, we decided to try out some Antarctic science experiments.  Yep, you guessed it.  We jumped on the turn-boiling-water-instantly-into-snow bandwagon and gave it a go. I was introducing the Scientific Method!   After watching a quick video called the “Times and Trials of the Scientific Method” available on YouTube. I had my 10-year-old create a little-brother-friendly poster to explain the steps to his sibling.  After his presentation, I passed out worksheets outlining the steps, and together we filled them in.  It was a pretty basic experiment.  “Does boiling water turn to snow instantly in Antarctic temperatures?”   Then we went outside to gather data – basically, take the lid off of the pot.  Needless to say, our boiling water did NOT immediately turn into snow, but that led to many speculations as to how we might conduct our experiment differently next time.  One suggestion included actually going to Antarctica.

Writing:  I printed out a great penguin writing freebie from Melissa at Teacher Treasure Hunter.  It gives details on a variety of penguin species with a worksheet for comparison.  I had each boy choose their favorite penguin and write a postcard to it, asking about its life and habitat.  My 10-year old also started a futuristic story about life in Antarctica.  I can’t tell you how it ends, but trust me, you’ll want to be on the penguin’s good side in the future.

Geography:  Using our student workbook from “Expedition Earth” available as a download from Erica at www.confessionsofahomeschooler.com, we completed a short mapping activity, mini-book and drew our own flags of Antarctica.  Since it’s an international research station and not owned by any one country, Antarctica doesn’t have its own flag.  I encouraged the boys to use symbols representative of the continent.  You guessed it:   They chose penguins.  My 8-year-old also completed a mini-book called “Animals of Antarctica,” also available through Erica as part of her “Discovering God’s Animals” curriculum.

Reading:  After contacting our local library to request books about Antarctic explorers, we read about the great race to the south pole by teams led by Roald Amundsen and Robert Scott.  Hearing about the perils and sacrifices these great explorers made in their effort to explore the unknown gave us a greater appreciation of the heroes in our past.

Art:  Here’s an adorable and unique way to use up some burned-out light bulbs:   Penguin ornaments!  I found this super cute craft at  Crafts by Amanda. My boys really enjoyed painting their own penguin and hanging it on our Christmas tree –still waiting to be taken down. {Editors Note: This has been in drafts and I am sure that Genevieve’s tree is down now}

Finally, we wrapped up our study with a viewing of the movie “Happy Feet

As we said goodbye to Antarctica en route to Greece (where we’ll be learning about the first Olympic games) my boys looked sullen.

“It’s not that,” my youngest said, “It’s just that I’ll really miss the penguins.” 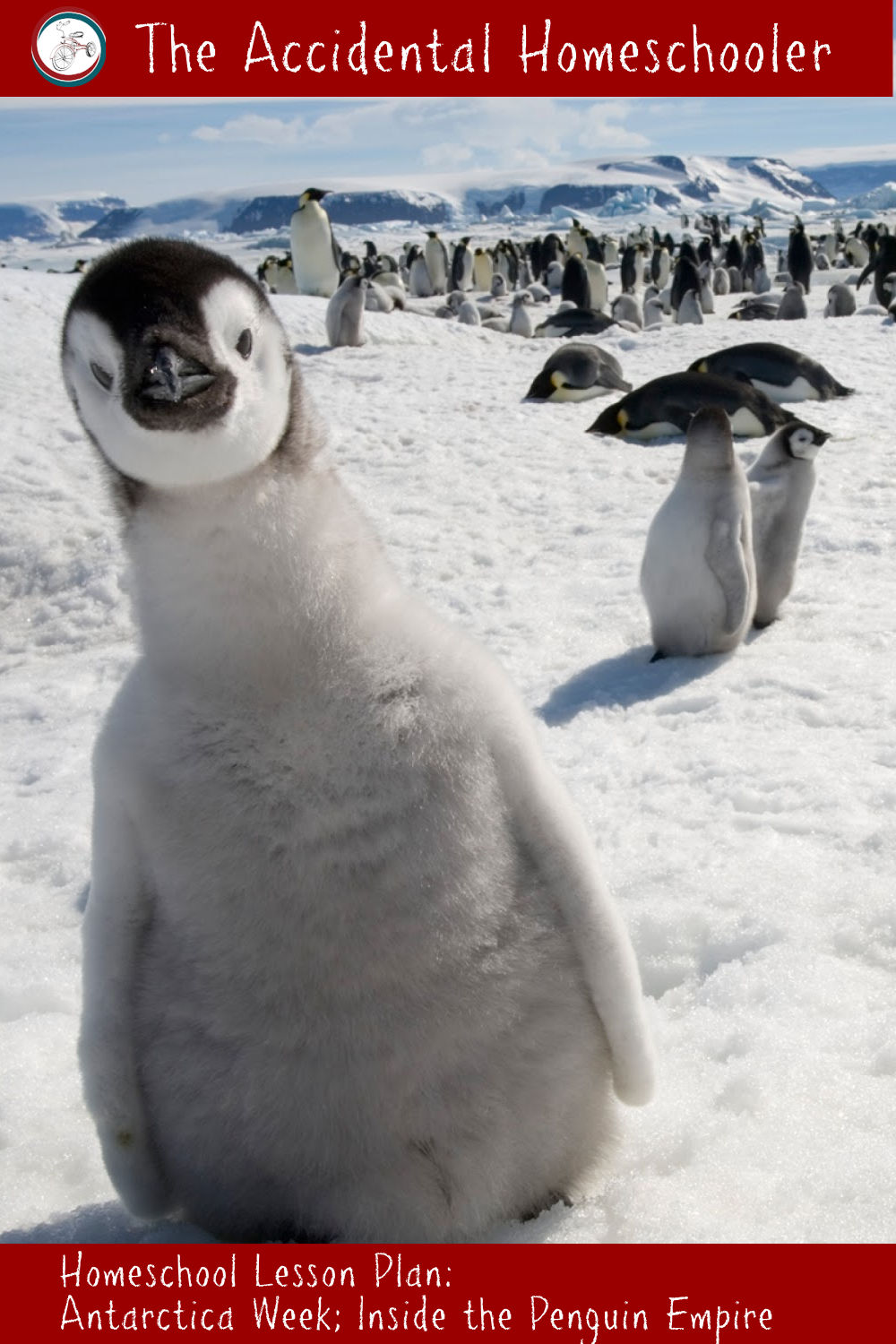 Little Library Bookshelf: Books to Transport you to Another World

Little Library Bookshelf is a curated list of books around a theme or topic curated by a local librarian. This month Aleece Michalak from the Round Lake Area Public Library helps us go on vacation […]

This story contains affiliate links. Explaining “going green” or other bigger ecological concerns to small children can sometimes be difficult and seem futile at best. A few years ago at the Libertyville Green Living fair […]