Homeschool Lesson Plan: Greece – A Week in the Mediterranean

My sons and I continued our geography journey using the curriculum “Expedition Earth” by Erica at www.ConfessionsofaHomeschooler.com.  Each day, we do a quick morning lesson which includes map work, flag recognition, writing, and fun facts.  Because we have Olympic fever, we decided to spend this week in Greece where the first Olympic Games took place.

Geography:  We stopped at our local library to pick up books about Greece to help us complete our mapping activities and learn about the modern-day Greek economy, language and culture.  Thanks to the Winter Olympics timing, we were able to follow the path of the Olympic Flame as it Left Athens en route to Sochi, Russia.

Science: One of the big themes of my 8-year-old’s schoolwork this year is Animal Life.  That’s why I love the accompanying materials to “Expedition Earth,” which are called “Discovering God’s Animals.”   This E-book includes five color animal pictures from each country for my son to classify on a poster board display he is building.  Categories include mammals, reptiles, fish, amphibians, birds, and arthropods.  There is also a template for him to make his own mini-book of the animals in each country, including fun facts and copy work.  After just a few countries, his collection is getting pretty big!  This week’s creatures included Audoin’s Gull, Starfish, Luschan’s Salamander, Cretan Frog, DragonFly, and ladybug.

Reading:  Ancient Greece was once the home of many influential philosophers, one of those being Aesop.  So, my 8-year-old read several of Aesop’s Fables and completed a lap book about them, available for free at http://www.homeschoolshare.com/aesop.php.  Lap books are one of my favorite activities.  Using just a manila folder and some creativity, kids can make a pop-up style book or a study guide that is so portable they can read it anywhere by just holding it in their lap (thus the name.)  There are many others available FREE from this website.

In addition to learning about Aesop, my 10-year old re-read one of his favorite book series, “The Lightning Thief,” by Rick Riordan.  It is a five-book series about human children who learn they are actually children of the Greek Gods.  It is a great way to introduce many of the Greek myths and a fun read also.  My younger son enjoyed listening to the stories on audiobooks (available through our local library). My non-homeschooled daughter even enjoyed the two movies made from the series thus far.  Kids who enjoy Rick Riordan will also like his other series, “The Kane Chronicles” about Egyptian mythology and “The Heroes of Olympus” about the Romans.

Language Arts:  We learned about Greek roots, prefixes, and suffixes and memorized their meanings as used in today’s English.  The following website had a good list of the most commonly used ones: http://www.infoplease.com/ipa/A0907013.html.

Writing:  I planned for my sons to practice writing their own myths, but we ran out of time.  Maybe we’ll try this again when we study Egyptian mythology!

Lastly, we learned that some of the most beautiful beaches in the world are found along the Mediterranean Sea, which prompted us to declare “Beach Day.”  At the conclusion of our week, we turned on the space heaters in our little classroom, loaded up on beach towels, spread out our seashell collection, and spent our school day in shorts and t-shirts.  Not a bad way to wrap up a week in January! 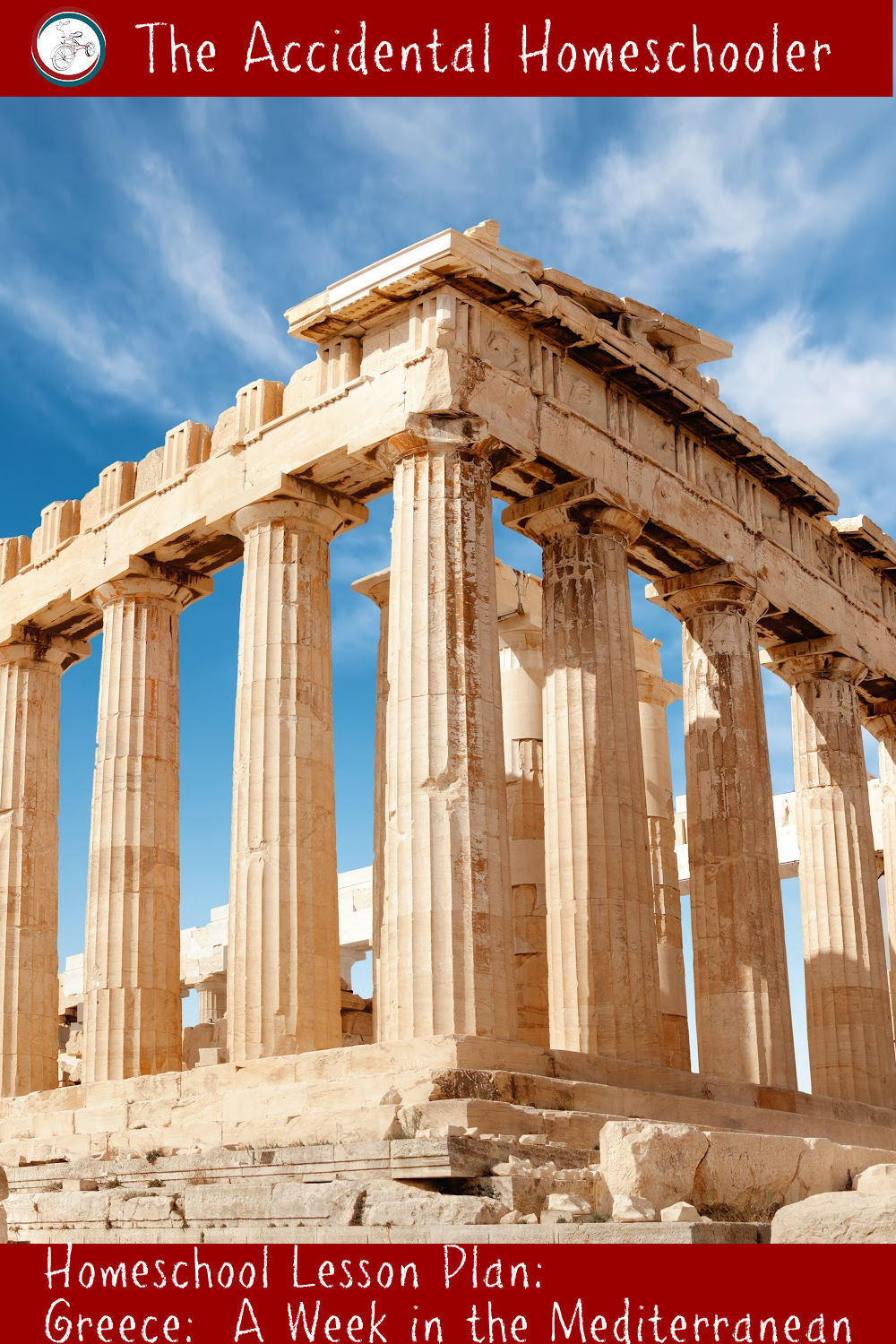 This story contains affiliate links. We know reading to kids is essential. Studies have shown that reading with toddlers is not only a great way to expose them to language, but it helps build emergent […]

As They Grow: Preventing the Dreaded Toddler Tantrum and Meltdown

Pediatric Interactions is an LLC partner. This post is part of their partnership with Little Lake County. Written by Lindsey Fry, MA, CCC-SLP/L and co-founder of WeeBits and Sarah Rosten, Clinical Director and Speech-Language Pathologist. […]

Welcome to MADE in Lake County! MADE introduces you to the people and stories behind local Lake County businesses. Today it is our pleasure to introduce you to Ashley McDowell with Usborne Books & More! My home […]