Except when it’s not.

Don’t get me wrong; I love the idea of creating a virtual bulletin board of things you plan to do, places you want to visit, desserts you want to make.

Makes me feel less important than I think I am.

Taunting me with mason jar salad recipes and cool brick walls that I will never install inside my home.

I Tried it: Homemade Vanilla

I want a brick wall!

I want to eat salad out of a mason jar!

I just want someone else to make them FOR me.

Last winter, I talked to a good friend at a blogging event about making vanilla.

The event was being held at a famous vanilla company Christmas event, which I found ironic.

She told me how easy it is to make your own vanilla.

Don’t get me wrong. I love to bake, cook and pretty much create everything my family eats.

But making the actual ingredients that go into the above is kind of where I draw the line.

I like to buy my baking ingredients with all the chemicals in them already, thankyouverymuch.

Fast forward a year later, I pinned a few vanilla recipes and thought I could do this.

Because good vanilla is expensive.

So I thought, YES! I WILL MAKE IT MYSELF!

So much cheaper than buying it, I thought.

I pinned it and had good intentions of creating it for Christmas gifts this year.

I will make TONS of vanilla!

Everyone will love my vanilla and will request it every Christmas!

They will say, “I sure hope Kari is making her famous vanilla this year and not those dreadful rum balls.”

I don’t make rum balls, that was added for effect.

Yes sirree, I had plans.

Of course, that same day I also pinned ” how to make a tepee out of plants” as well as a picture of a dog skateboarding while holding a wine glass and smoking a cigarette.

It was three weeks before Christmas that I decided to start my vanilla making venture.

I was so excited!

There are many vanilla making tutorials out there, I started out with this pin from Averie Cooks.

Then landed on this pin from Liv Life.

And now I don’t remember which one I used.

I actually took away ideas from both to make a mish mash of a vanilla recipe.

I knew I needed vodka and vanilla beans and a container to hold the elusive homemade vanilla.

So off to the grocery store I went to get the items!

Apparently, vanilla beans are kind of hard to find during the holidays.

After three different grocery stores, I was still vanilla bean-less.

I went back to the recipe to find out that you can order them on Amazon…..only I didn’t have the time.

Christmas was looming and I wanted to give these out as presents!

So off to the fourth grocery store and at last, they were there.

But alas, only two beans in a package?

So I bought four packages thinking that should be fine.

Got a bottle of vodka and checked out.

The guy in the Hawaiian shirt at the register even said, “whatever you are doin’ it looks like fun!”.

I stopped at Target to get some mason jars and was giddy with vanilla making delight!

Look at me making ingredients!

Being all organic and what not!

I got home and did what I do best, I rushed the process.

I wanted to create all the vanilla RIGHT THEN AND THERE.

I couldn’t wait any longer.

A year was long enough and my vanilla making process needed to begin.

Then I read the recipe….er….recipe(s) and realized I was not as prepared as I thought.

Holy crap does it take a lot of vanilla beans for one jar of vanilla.

I mean it’s not like its name is vanilla….oh wait.

I wasn’t as prepared as I thought I should be.

So I did it the best way I knew how, I made do.

HEY! The closest grocery to me that had them in stock was like 45 minutes away.

So I cut each vanilla bean in half.

Then in half again.

And scraped out the vanilla paste as the two blogs said.

The recipe I used said to use:

Probably because all the smart vanilla makers started this project weeks ago.

Not three weeks before Christmas.

So my mason jars looked a little stingy.

As if to say, “Yep, that’s all you get this year. Maybe someone needs to be nicer to the elves next year.”

It looked like the world’s saddest vanilla extract ever.

Or the coolest looking urine specimen ever.

Then my kids got the flu that night, and I never went back to get more supplies.

Like the Harry Chapin song “Cat in the Cradle”, life just got in the way.

The icing on the cake was that I found out the vanilla had to sit or steep in its alcoholic juices for three months before being ready for use.

So, in addition to handing the recipients (who are probably no longer speaking to me) a urine specimen size of homemade vanilla, I had to write a note on the label that they can’t use it until February.

The END of February.

I told most of them if they can’t wait that long, drink the vodka.

It was the least I could do.

The moral of the story is this: buy the good vanilla.

Or I am having my blogging friend make me some.

Have you made homemade vanilla? How did yours turn out?

By Kari
Round Lake

Kari loves to write and take photos, not necessarily in that order. Kari loves making people laugh, being real, and spending time with her husband and two daughters. She also really loves her dog Buddy and fish Lucy. When she is not busy writing or going through the Starbucks drive-thru, you can find her talking to her plants Zoe, Evie, and Albert. She didn’t name Evie. Her nine-year-old did. But she’s totally an Edna so that’s what Kari calls her when her nine-year-old isn’t home. 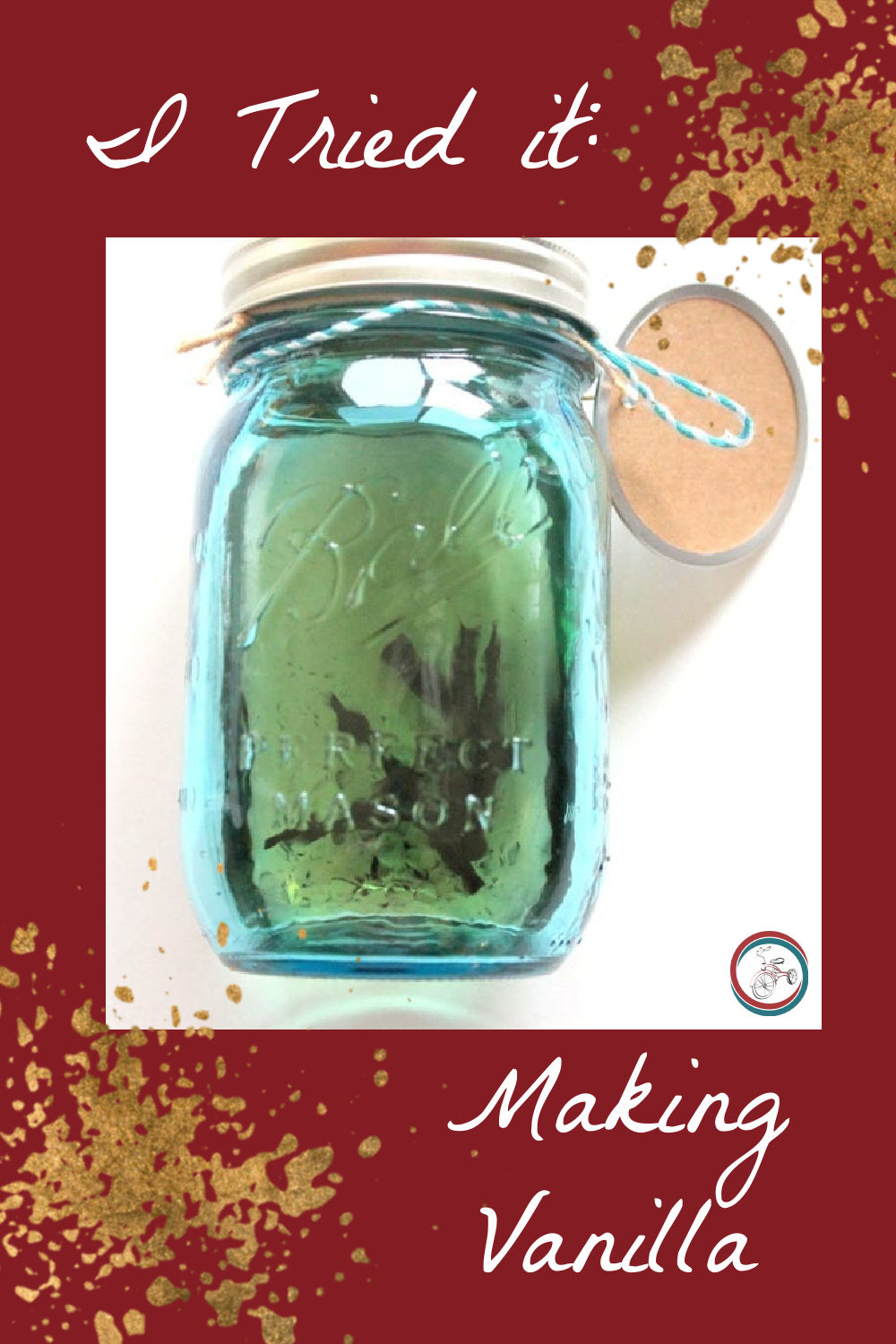 Kids in the Kitchen with Girl and Her Kitchen: I LOVE YOU Muffins

Girl and Her Kitchen creator Heather is back with Kids in the Kitchen and they are whipping up the best Peanut Butter Muffins. […]

What’s that thing I saw at the Farmers Market: Brussel Sprouts

What’s that thing you saw at the Farmers Market? Brussel Sprouts! Jenna shares what they are and her favorite Brussel Sprout recipes […]

Welcome to our Virtual cookie exchange, where you can participate without consuming any calories because it’s all virtual! Got a favorite recipe you want to share? It doesn’t have to be original if you can […]