That time was approaching, and it was coming fast – the time for my child’s very first haircut! I admit that I was putting it off, as I’m sure many other mothers do. A friend of mine told me about Kidsnips and that they did something special for first haircuts. That was the push I needed to try them out. We used to go to the Gymboree Play and Music last summer, located directly across from Kidsnips at Hawthorn. So I knew where it was, and my daughter was comfortable in the space.

Anyone who has a toddler understands it can be an extensive process just getting ready to get out the door, but this particular day that I decided was THE day for her first haircut took even longer. Of course, I planned to take our big DSLR camera to get a hundred photos of the big occasion. I also had to dress her in a particular, adorable outfit for the event. Ah yes, I had it all planned out in my mind perfectly. What I didn’t plan on, however, was getting to the mall and discovering a note taped to their door stating that they were doing inventory that day and they wouldn’t be open until 3:00 p.m. It was noon.

To make things even worse, I had to leave the house by 3:30 for work which meant we needed to leave the mall no later than 2:30. Of all the days we had to show up on the day they were doing inventory.

I almost gave up right then but then decided to make the best of things. I pushed my daughter around the mall in her stroller for about an hour while she was content with her book of animal flashcards. Then we went to get some gelato from Melt, and I let her play in the kids’ area for a bit. Just as I was getting her ready to leave, I noticed that the door to Kidsnips was open! They opened early! We rushed over there, and I asked if they had time to cut Ava’s hair. There were three employees in there, and they were all very friendly. One of them took us over to her station, where a little red car sat. Ava got to sit in the car and watch cartoons while her hair was being cut – nifty. This was actually where her obsession with Bubble Guppies started. I’m not sure if I should thank Kidsnips for this….or not. Haha!

Our stylist was so great with Ava – very gentle, friendly, and patient. She didn’t mind me taking pictures the whole time either and mentioned it was pretty common for parents to do that with the first haircuts. She trimmed her bangs and the back and sides, thankfully getting rid of the mullet she was rocking. I had no idea how my child would act throughout this experience, but she was so still the entire time and so focused – on Bubble Guppies.

When she was done, she put a cute little side ponytail in Ava’s hair and took a picture of her with their camera. We followed her to the front where they had a First Hair Cut Certificate waiting for us, then our stylist printed out the photo she took, and she also kept a lock of Ava’s hair in a tiny ziplock. She attached both to the certificate, and we got to take home a fantastic memento! She also offered Ava her choice of a small toy from a toy bin, and they gave us a coupon that we can use next time.

It was a great overall experience, and I will definitely be taking Ava back there when she needs another haircut. I might call ahead next time, though, to make sure they are open! 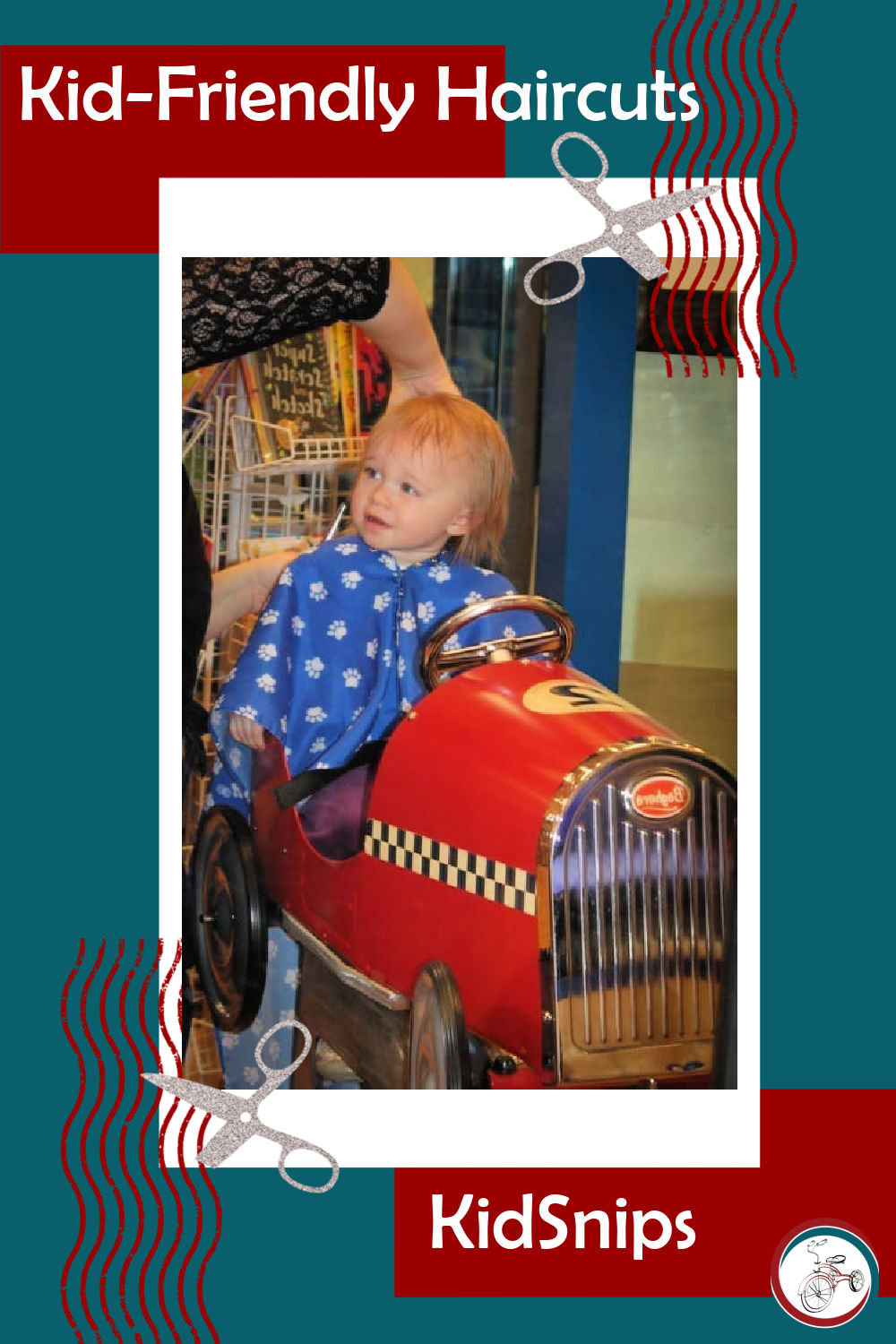 About Jessica 23 Articles
Jessica is a Lake County transplant from Canada that loves to explore new places with her husband and daughter. A published author, avid crafter and exotic animal trainer she rarely as a dull (or quiet) moment.

We are an active family — we like to get out and move. Active should not be confused with athletic, though, as roughly only fifty percent of my family considers themselves to be athletic. So […]