For lovers of the classic movie The Wizard of Oz, this holiday season there is no place like the Marriott Theatre. Back by popular demand, from now until January 4th, the Marriott Theatre for Young Audiences is presenting this classic for families to enjoy!

Marriott Theatre for Young Audiences Presents: The Wizard of Oz

Audience members will follow Dorothy, Toto, and her friends down the yellow brick road in this one-hour theatrical production based on the 1939 movie. The Marriott’s production of The Wizard of Oz is directed and choreographed by Rachel Rockwell with musical direction by Ryan T. Nelson. The all-star Chicago area cast features Dara Cameron as Dorothy, Alex Goodrich as Tinman, Jeff Max as The Lion, George Keating as The Scarecrow, and Susan Moniz as The Wicked Witch. Together they perform songs from the movie such as “Ding Dong the Witch is Dead,” “Somewhere Over the Rainbow” and “Follow the Yellow Brick Road,” making it impossible to not clap and sing along, which is encouraged, by the way.

Because the Marriott Theatre puts on the play for Young Audiences, it is more interactive and less scary. The cast members enter and leave the stage centered in the middle of the audience, through the aisles. If you are lucky enough to sit in a seat near an aisle, they may interact with you; however, if you cannot get an aisle seat – no worries! Every seat is a good seat in this intimate theatre. Unlike regular plays where quiet is expected, the audience is encouraged to clap along to all of the songs and even sing. My two-year-old son even got up and was dancing in front of his seat during the songs. The best part about the children’s productions is the question-and-answer session after the show where you can ask the cast anything, find out how the play worked, and even find out if the actress who plays the wicked witch is really mean in real life.

Don’t let the fact that this play is for young audiences stop you from bringing your big kids or grandma! I would recommend this play for all ages — 2 to 102. The storyline entertained me as it is very similar to the popular movie that I have seen hundreds of times. I enjoyed the talented singing and the beautiful costumes, especially the costume of the Oz. I took my two-year-old, who loves the Wizard of Oz, but sometimes gets antsy during movies. However, he was able to watch this entire presentation as it was only one hour long. The fact that he was able to get up and dance and clap also helped as he has a lot of energy. The play wasn’t scary; however, he got scared (and would say “go home!”) during the changing of sets when all of the lights would go out, and the theatre would be completely dark for a few seconds. He quickly got over it and was very happy to watch the play as soon as the lights came back on. It is just something to note or discuss with your kids before going if they are scared of the dark. Overall, we had a great experience and would highly recommend The Wizard of Oz to anyone looking for a perfect first theatre experience or something to do with the relatives in town.

The Wizard of Oz plays most Thursdays through Sundays at 10 a.m. with some performances at 12:30 p.m. Most of the performances have been selling out so buy tickets quickly. Visit Marriott Theatre or call 847.634.0200 for the exact schedule, as show times and dates may vary, and to buy tickets. Free parking is available at all shows. 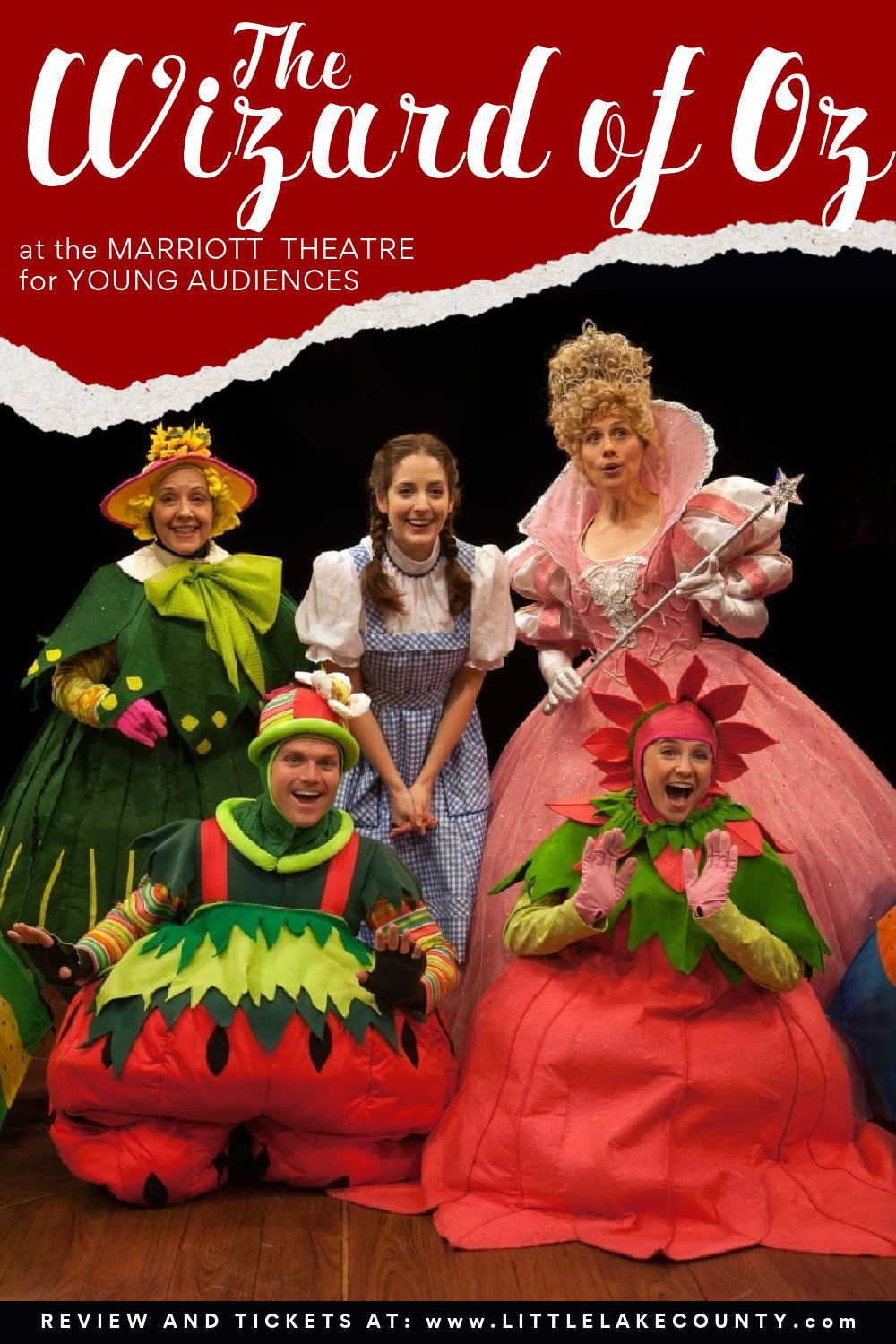 National Night Out in Lake County

British Swim School is Little Lake County partner.  Nothing is more important to me than my children’s safety.  I am a firm believer in swimming lessons and teaching water safety from an early age. When […]