The latest show at the Marriott Theatre for Young Audiences is one that many parents are probably familiar with, thanks to a certain cartoon version, but as I learned, many kids are not. Before you write off Pinocchio as too childish or worry about the bad behavior from the version you are used to, read on–this is not the Pinocchio of our childhood.

Pinocchio at the Marriott Theatre for Young Audiences

Marriott stages Marc Robin’s classic fairy tale musical Pinocchio with modern spins and music that make it perfect for all ages. The comedic energy provided by the little bug and sidekick, G. Hopper, and the lively music will keep everyone, even reluctant theater goers, entertained and laughing.

What I found interesting about seeing Pinocchio live for the first time is the different path the story takes, at least in my mind. Maybe it’s more relatable because they are real people in front of you. Perhaps it’s just a great adaptation, but the lessons learned are great for kids of all ages but particularly poignant for 8- to 12-year-olds. The message to be yourself, listen to your conscience, and the visuals of the trouble with peer pressure and bullying are all present without hitting the kids over the head with it.

As a theatre geek, I was excited to see the removal of the flat-screen televisions that have been present in the last few shows. The lighting and music were great and much better than the effects that the screens had. As always, the moving props and sets delighted the children immensely. In Robin’s version, Pleasure Island is a candy-filled paradise and the bad boys perform beatbox and break dancing moves to entice Pinocchio to join them.

I also truly appreciated and loved the way they presented the death of Geppetto’s wife. The death was artfully done and in a way that would not disturb small children. In fact, I’m sure my preschooler was not even aware of what was happening. Geppetto (played by Jared Zimmerman) is shown as a gentle, kind soul who loves deeply.

As Marriott does so well, there is a narrator (the Blue Fairy played by Dara Cameron) to help younger children understand and keep up with the story, and a zany sidekick to keep them laughing (G. Hopper played by George Keating). Hopper’s antics and one-liners keep everyone, from the youngest to the oldest, laughing through the show.

Marriott Theater for Young Audiences presents its shows in a special one-hour format. The show is followed by a question and answer session, where all the actors are out on stage and answer the kid’s questions from the audience. This is always delightfully fun and gives the kids a glimpse at how theater works.

The production is also presented in theatre-in-the-round, so there is no bad seat in the house. The actors make use of the aisles coming in and out and interact with the audience. Laughing, singing, and reacting is not only welcomed but encouraged throughout the show. After the show, characters can be seen in the upstairs lobby, where they will greet and pose for pictures with the kids.

Pinocchio plays most Wednesdays through Sundays at 10 a.m. Visit MarriottTheatre.com or call 847-634-0200 for the exact schedule, as show times and dates vary. Single ticket prices are $17.23 per person (includes fees and taxes).  Free parking is available at all shows.  To reserve tickets, call the Marriott Theatre Box Office at 847.634.0200 or visit www.MarriottTheatre.com. 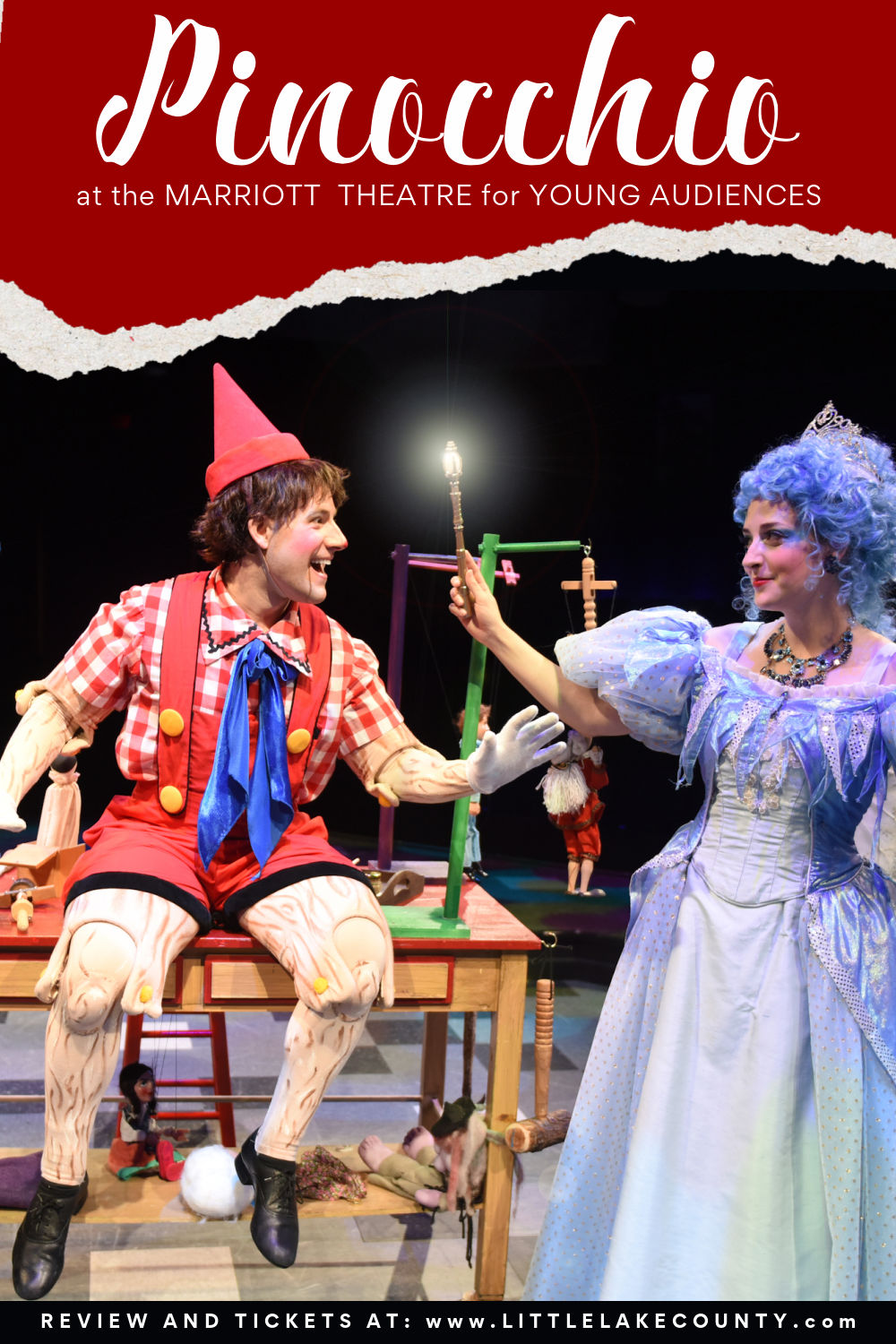 Ok, ladies, I have a confession to make — working out is not my thing. I have had many gym memberships that have gone unused, and a lovely elliptical resides in my house waiting for […]