From the Chicago Botanic Garden Webpage:

August 28 update: Spike is 68″ tall. #CBGSpike update: The Garden will not be open late tonight. We are giving Spike another night off. Titan Tim & our scientists are carefully monitoring progress. Check back here in the morning for the latest information.

These words are not ones usually used to describe a flower, but they are what best describes Spike, the Titan Arum flower that is gaining a lot of attention at the Chicago Botanic Garden. This rare bloom, also known as a corpse flower due to its foul smell, will bloom in Chicago for the first time, soon.

When–no one knows– but they have daily updates on the gardens Facebook page.  In the wild or a garden, the Titan Arum blooms very rarely. It takes years to grow and prepare for it. Spike has been nurtured (along with eight others) in the garden since 2003, and now it appears ready to bloom!

When one of these flowers is set to bloom, it draws thousands of visitors. It’s truly a once-in-a-lifetime experience, and it’s happening in our own backyard!

What you need to know:

For more information on this amazing plant and a super cool time-lapse video visit the Titan Arum page.

For discounts on parking, contact your library for a Museum Pass.

Disclosure: I am an ambassador for the garden and my family has received membership in exchange for me sharing updates, events, and activities at the garden. All thoughts and opinions are my own 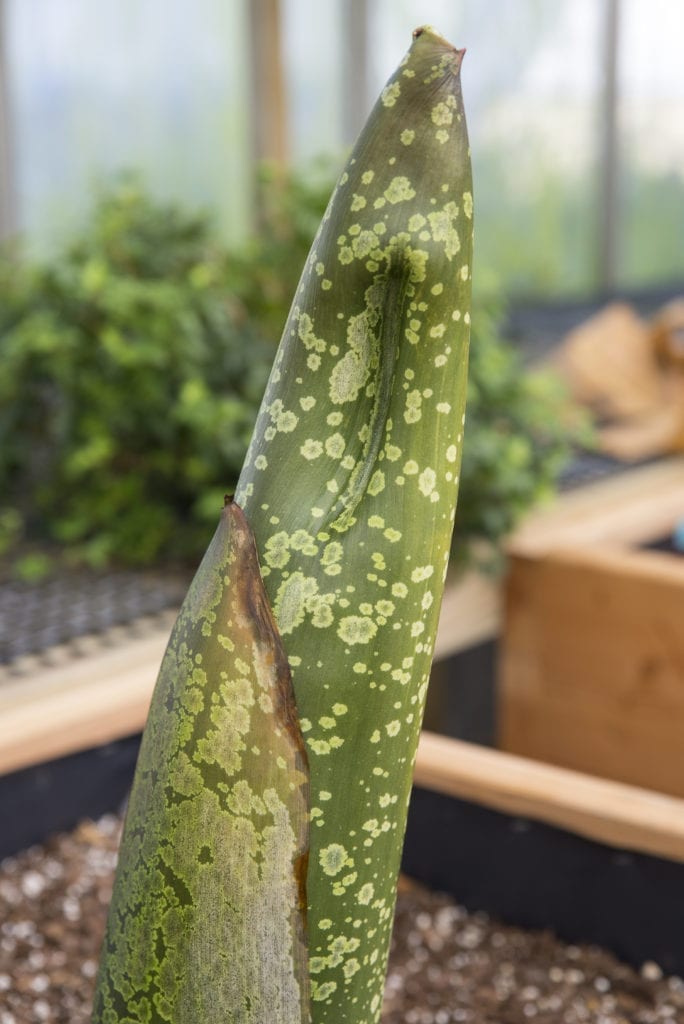 I don’t know about you, but our summer kickoff isn’t complete without honoring those who have served in the armed forces by attending a local Memorial Day parade or ceremony. Growing up, we never missed […]

Spring into family fun with our Spring Bucket List Printable. 14 fun things to do around Lake County with ideas of where to do them! […]

Growing up as a military child, you get to see different parts of the country and sometimes the world. Each place is different and unique, and brings with it opportunities to see the sights in […]