I don’t know about you, but our summer kickoff isn’t complete without honoring those who have served in the armed forces by attending a local Memorial Day parade or ceremony. Growing up, we never missed our local parade and cemetery service, and we are passing that tradition on to our children as a yearly event as well. Lake County has many choices for you to honor the men and women who have bravely served our country. Here is our list to help guide you on this special holiday.

All parades and services are on Monday, May 27 unless otherwise noted. Please be sure to check the link for organizer information in the event of inclement weather. Little Lake County is not responsible for changes or cancellations.

Barrington: 10:30 a.m., beginning at Cook and Main Streets and ending at Evergreen Cemetery for a Remembrance Ceremony.

Grayslake: 9:30 a.m., kicking off from Grayslake Central High School at 400 N. Lake Street, and traveling south and east on Junior Avenue toward Memorial Park. There will be a service at the park immediately following the parade.

Lake Villa: 12:00 p.m., sponsored by the Lake Villa VFW Post 4308 and Boy Scout Troop 323, this parade begins at Peter J. Palombi Middle School, 131 McKinley Ave., and heads toward Lehman Park in downtown Lake Villa. Services will be held in the park following the parade and there will be a hot dog lunch after the service held at the VFW post located at 130 E. Grand Avenue.

Lake Zurich: 10:00 a.m., parade steps off from the American Legion Hall at 51 Lions Dr., and heads toward the Veterans Monument located at 200 Mohawk Trail. There will be a brief service after the parade.

Libertyville: 9:30 a.m., the parade begins at the Metra station located at 200 Lake St. and heads to Cook Park where there will be a ceremony after featuring the Libertyville High School Band and speakers.

Mundelein: 10:00 a.m., the parade begins on Division to Pershing to Memorial Park.

Northbrook: Parade begins at 10:30 a.m. from the corner of Cherry & Western and will end at American Legion Post 791 (1354 Shermer) for a ceremony and popsicles.

Wauconda: 10:00 a.m., parade starts at Cook Park and works its way down Main St. through downtown, and ends at Wauconda Memorial Park, on the corner of Main and Route 176, where there will be a ceremony afterward.

Winthrop Harbor: 11:00 a.m., the parade will start at the corner of Sheridan Rd. and State Line Rd. It will travel south on Sheridan to 9th St., then head west to Village Park where there will be a service presented by the Winthrop Harbor VFW at noon.

Glencoe: 11:00 a.m. at Veterans Memorial Park (rain location Takiff Center)
The Village of Glencoe and the Glencoe Historical Society will remember veterans who made the ultimate sacrifice in a solemn ceremony led by community and religious leaders, Boy and Girl Scouts and local students. The event will include a brief program honoring Glencoe veterans, a flag-raising, and a wreath-laying.

Lake Zurich: Following the parade at the Veterans Monument on Mohawk Road.

Libertyville: Ceremony will take place in Cook Park following the parade and feature music from the Libertyville High School Band, presentations by Mayor Weppler, representatives of the American Legion and Veterans of Foreign Wars, and high school essay contest winners.

Northbrook: Following the parade at the American Legion.

Lindenhurst: 10:00 a.m. at the Lindenhurst Veterans Memorial located at 2301 E. Sand Lake Rd. In the event of rain, the ceremony will be held in the Public Works garage which is located behind the Village Hall.

Round Lake Area: Following the parade at the Round Lake Beach Memorial. 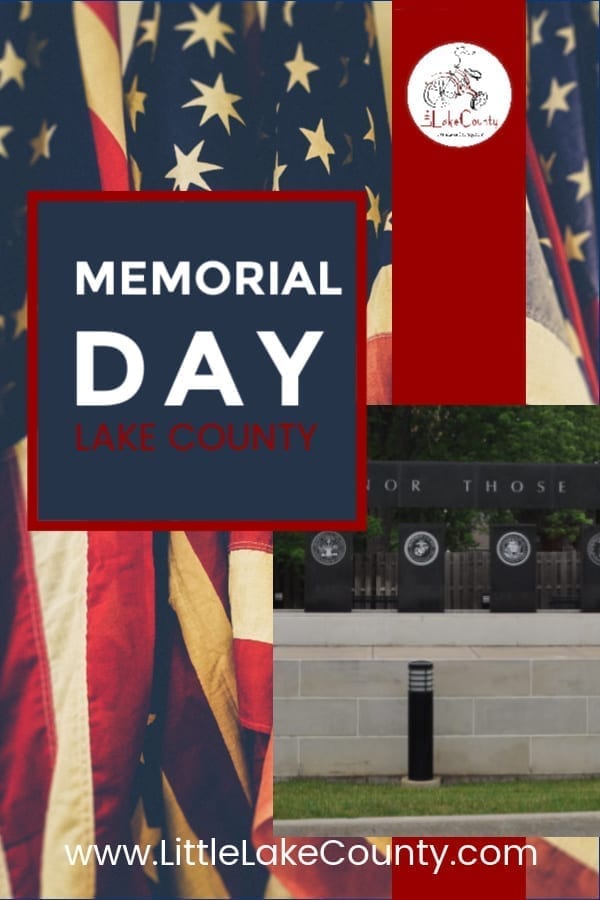 Join us at a Leap Day Celebration!

Did you know that 2020 is a leap year? It has an extra day, Leap Day, or an intercalary day. And while many of us (myself included) think that this is something that happens every […]

I will admit, I was playing Christmas music before Thanksgiving. I can’t help it, I love it and 4 weeks is just not enough time to take it all in. The holidays are a great […]