Editor’s Note: This is a review of a personal experience from 2014. Your experience may differ as every year is slightly different.

Grab your basket and hop on over to Mundelein’s annual Easter Hunt Egg-stravaganza. I have attended this event every year for the past two years as it is one of the few free egg hunts where no registration is required.  This year it is held on Friday, April 19 and is for children ages 1-6. The age groups begin at precisely the start times listed:

The event is held at Keith Mione Community Park (1401 North Midlothian Road), the field over Barefoot Bay Water Park and the Community Center. I highly recommend getting there at least half an hour before the egg hunt starts. I arrived at precisely 10 a.m. and ended up having to park by the sled hill and walking quite far down to the field while holding a wiggly toddler as the closer lots were full.  I suggest bringing a small stroller just in case you have to walk far. I didn’t imagine so many people would be there as it’s a Friday (Good Friday) during the day, but it was a packed egg hunt!

The year I attended, the hunt was set up so that people stood in a circle around the field, giving everyone a fair chance at getting some eggs.  One of the park district leaders stood in the middle and announced the age group. The eggs weren’t hidden; they were just placed all around the field, so the whole egg hunt is over and done within five minutes. When the Park District blew the whistle for the 1-2-year-old age group to start, many people sent their big kids to run and get eggs. I was pleasantly surprised when the park district lady blew the whistle and made the older children put the eggs back and get behind the line. I had gone to previous egg hunts that year, and big kids took over.  I don’t remember parents being overly pushy at this one, but it could have just been because of the age group my son was in. Everyone was pretty much walking with their kids to get the eggs.

Inside most of the eggs were just small pieces of candy or small erasers, which I thought was kind of inappropriate for 1-year-olds. However, the point of egg hunts isn’t really for the prizes. Some of the eggs had numbers taped on the outside (ex. First prize, second prize, third prize). Since it was outside the egg, you can tell what is a good one before opening it. Luckily I spotted one near my son and told him to pick it up. We ended up getting third place.  There were winners for each age group with more age-appropriate prizes. My son’s basket had a stuffed bunny, candy, and small bunny-themed toys.

Although many people complain about public egg hunts, I will be attending the Mundelein Egg Hunt Egg-Stravaganza again as I have had nothing but positive experiences with it so far. 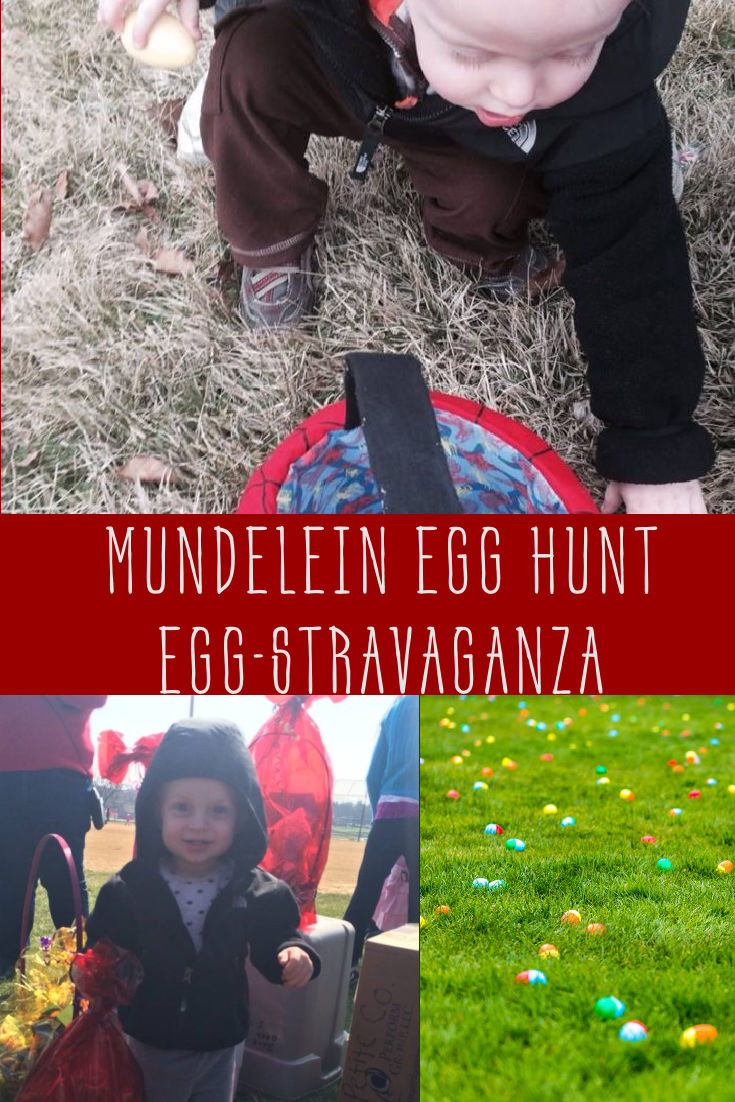 Finding the right chiropractor for yourself or your children can be as hard as finding a good baby sitter! And once you’ve found a good one you stick with them and sing their praises to […]

We Made an Impression with Advocate Condell Medical Center!

Seriously, my ovaries are still tingling…. Thank you to all our guests who brought their precious little babies (and big babies!) to our Impressions of the Heart event on May 3rd with Advocate Condell Medical […]

Easter is quickly approaching this year, rounding out the month of March instead of giving us more time to prepare for it in April. If you go to Target, get ready, the Easter stuff is […]