MADE is a paid partnership with Little Lake County.

Welcome to MADE in Lake County! MADE introduces you to the people and stories behind local Lake County businesses. This month we have gotten to know Ginger Acopiado. Ginger is the owner and creator of Music-in-the-Box Music Masters. Today we are going to learn more about the Music Masters Classes and philosophy.

My oldest child is ten years old. While on this parenting journey we have taken a lot of different kinds, brands, and styles of music classes. My husband and I are both musical. While I don’t play anymore I grew up playing multiple instruments, starting in preschool with the Suzuki method. We value music education however we have never found a music class that either both parent and/or child enjoyed or one that we felt was worth the expense.

Many music classes we’ve sat through are full of cutesy rhymes and finger songs sung in a circle. My oldest never liked those classes and would refuse to participate, my girls wanted to move around and dance. While Music-in-the-Box classes incorporate rhymes and songs that children will know, it doesn’t believe or enforce the circle time concept. Ms. Ginger and her motivators know that kids, especially toddlers and preschoolers need to move, and not always in an organized way. You are never given the side-eye or asked to settle your child down or keep them settled.

The class is also designed to work with that natural need to move. While a longer class, 45 minutes, the class doesn’t drag because you’re constantly changing positions. From circle time with a story and songs, to instruments, to marching, to the ever-popular bubbles. Music Masters engages the child on all levels to provide an enriching environment to grow a love of music.

As a former musician and with children and a husband that plays instruments, I very much appreciated the real music and music concepts that are worked into the class. While I can appreciate all the cutesy rhymes and the shortcuts to teaching kids music so they learn quickly. It’s much harder to re-learn the correct methods later on in life.

Every class incorporates not only correct musical terms, like forte, mezzo-forte, adagio, etc. They also incorporate historical and classical music. Personally, my favorite part of the class was the beginning where she would use an animal to point out one instrument in an instrumental piece. She would use a toy animal on the child’s hand to tap out the sound as it played so the child could see (the animal), hear, and feel (the movement of the animal) in the music.

In this two-minute recap of the class, our animal is the dinosaur skeleton. The bones representing the xylophone in the musical number.  (please note that this class was in a dance studio which is not the norm so it’s a little louder than normal)

Music-in-the-Box offers developmentally appropriate music classes for children infant to age 3 as well as Suzuki instrument classes through age 7. They are currently enrolling for Fall in the following locations:

Meet other local businesses that are MADE in Lake County!

Disclosure: Music-in-the-Box is our featured Locally Grown Business of the Month. This series of features is part of a paid promotion partnership with Little Lake County.  If you are interested in featuring your locally-owned business in our series, please contact the sales team. 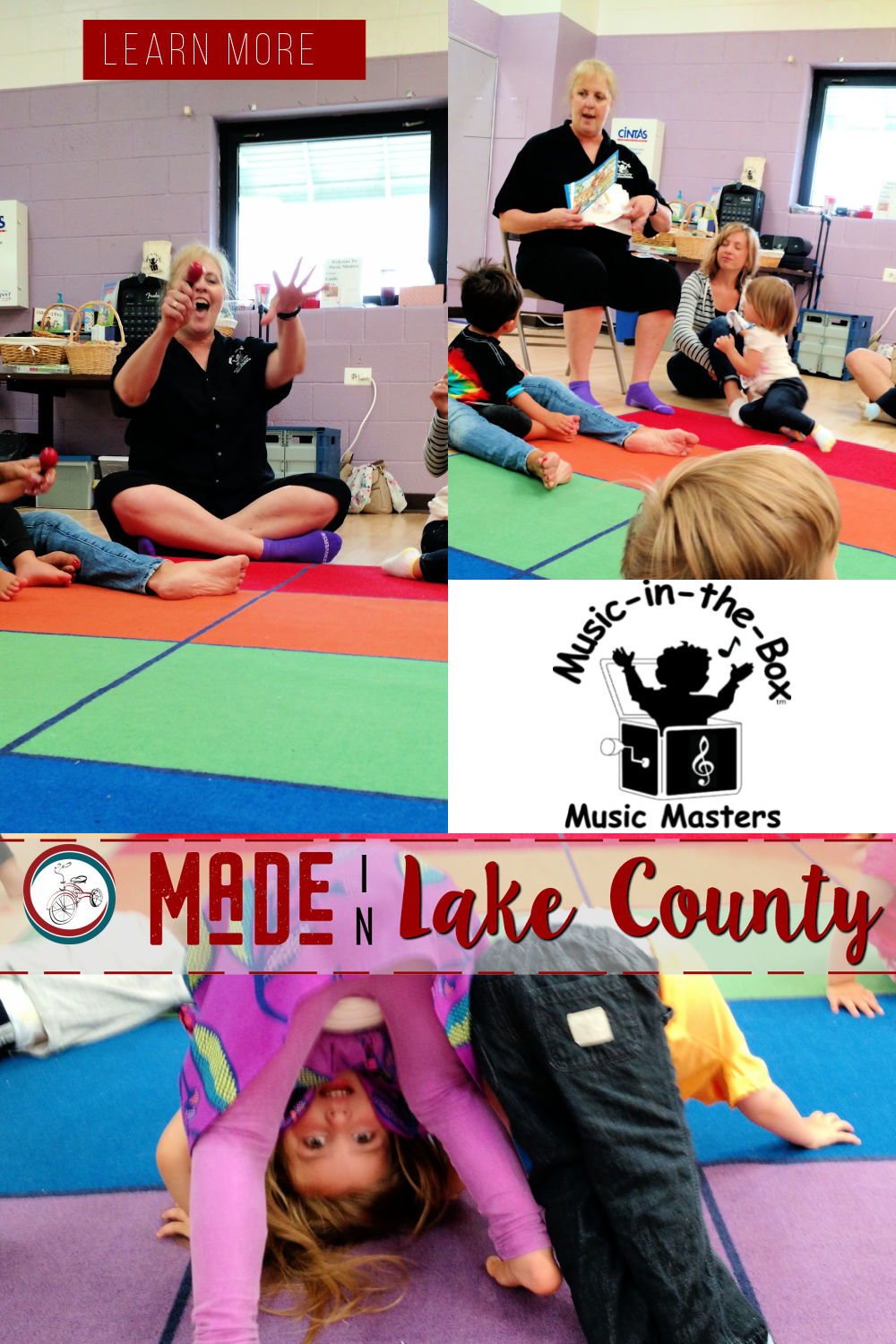 Virtual Movement Classes for all Ages

As distance learning is winding down, for the time being, you may be looking for some more active and engaging virtual activities to keep your kids busy. Whether you are working from home and need […]

Around the World in 4 Playdates: France ~ Monday, February 6th

How Young is Too Young for Sports?

Welcome to Locally Grown! Locally Grown introduces you to the people and stories behind local Lake County Businesses.Have you meet Dr. Brad Kayden yet? He’s the founder and director of Jelly Bean Sports, a youth […]