Before any of you Disney naysayers start rolling your eyes, let me tell you… this ain’t no Disney Princess.   The Marriott Theatre in Lincolnshire is now featuring Sleeping Beauty through August 18, 2012.  Trust me, there’s plenty for girls, boys, and jaded adults alike to enjoy.

The Marriott Theatre is located within the sprawling, manicured grounds of the Lincolnshire Marriott Resort.  While capable of seating nearly 900 spectators, the theatre itself has an intimate feel because it is a theatre-in-the-round.  Not only does this make every seat a great seat, but it helped my crowd-shy toddler feel less overwhelmed. It also offers great views and interaction with the cast as the characters frequently run up and down the aisles and interact with the children while doing so.

The story of Sleeping Beauty told here is a modern retelling of the classic Grimm fairy tale.  Our Princess Amber is no shrinking violet but a spunky tomboy who would rather climb trees than practice her poise.  Our Prince Hunter is as awkward as he is lovable.  He calls on the help of the audience to overcome his fears so he can rescue the princess.  Yes, the prince rescues the princess, but since her own bravery inspires the reluctant hero, in a way, Sleeping Beauty rescues her prince just as much as he rescues her.  In addition to overcoming your fears, the play also teaches young children to be themselves, how to solve problems without violence, and how to forgive.

Children’s theatre performances are always interactive.  The actors enter and exit through the aisles and address the audience throughout the performance.  Afterward, they even take time for a Q&A session.

I attended with my almost-4-year-old son and almost-2-year-old daughter. While my little boy isn’t necessarily averse to princesses, tutus, and glitter, he mostly enjoyed the slapstick humor as well as a dragon that appears in a few scenes. The dragon is a giant puppet manipulated by three performers and is very impressive but might be scary to more sensitive children. My glitter and tutu obsessed daughter enjoyed the colorful fairy costumes. The one-hour running time was just long enough to keep short attention spans engaged.

Overall, we were pleased with our first foray into children’s theatre. With the quality of the Marriott Theatre performances, we may even be back for their next show, Cinderella, November 17th-December 31st.

Sleeping Beauty
Now through August 18, Wednesdays – Saturdays 10:00 a.m.
Marriott Theatre, 10 Marriott Drive, Lincolnshire
off of Milwaukee Avenue just south of Half Day Road
Tickets may be purchased, online, in person at the box office, or by phone
(847) 634-0200

Disclosure: the writer received complimentary for themselves and their children to preview the show to write about it. As always, all opinions and thoughts expressed are their own. 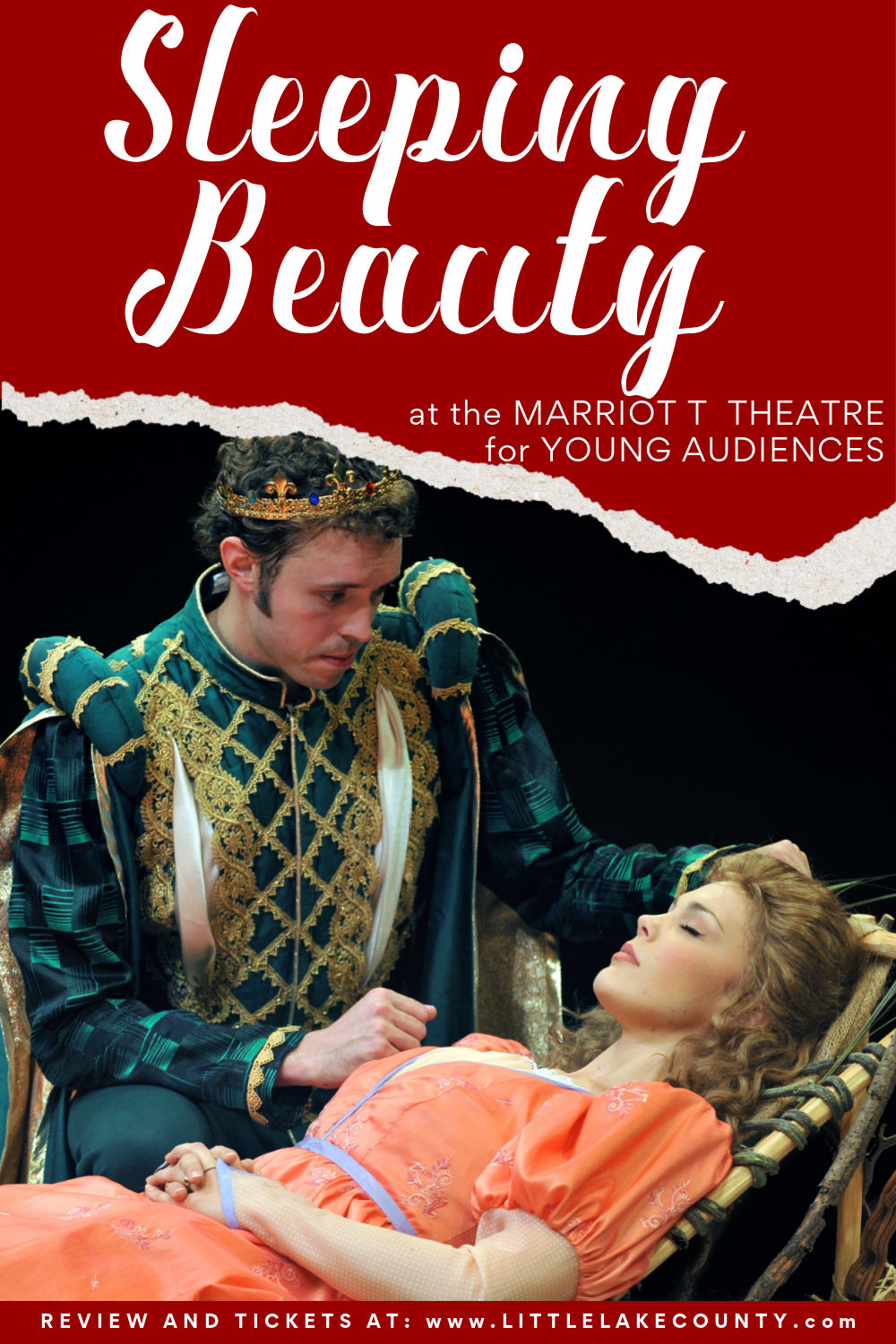 My oldest child, Cole, 19, has always been a “theatre kid.” I started taking him to the theatre when he was a toddler, and I’m happy that his love of theatre endured through high school […]

Ballet Theatre of Illinois Presents “Carnival of the Animals,” March 5 & 6, 2016

The buffalo bellowed, the falcon took flight, The tail of the peacock unfurled. but among them emerged an astonishing sight: Pale apparitions invading the night. In place of the animals, into the light Stepped the […]

Little Library Bookshelf is a curated list of books around a theme or topic curated by a local librarian. This month Aleece Michalak from the Round Lake Area Public Library is turning what you know […]