Nothing is more important to me than my children’s safety.  I am a firm believer in swimming lessons and teaching water safety from an early age. When we received the opportunity to try out lessons with British Swim School in Lincolnshire at their new facility we jumped at the chance. Since then four months have come and gone and our lessons have come to an end. We could not be happier with how our child progressed.

When we started my daughter Lillian liked the water, although on her own terms only.  She did not like the water going on her face or ears. She did not like floating on her back and pretty much cried the whole lesson.  I was apprehensive about at first wondering how much Lillian would actually get out of lessons due to her age and her apparent dislike of the water.  British Swim School worked with us and determined that the cause of her tears was due to the water temperature being slightly colder than my daughter would like it to be.  They worked with the hotel and were able to get the water temperature turned up during lesson times for all students. This showed me that they really care about their students and want everyone to have success. Once the water was warmer and Lillian started to form a relationship with our instructor Jackie and she flourished! She quickly moved up a level and earned her blue cap.

At British Swim School the swim caps are like the karate belts of their program. Each level has their own goals which are explained on their website Once they meet all these goals they can level up.  Once they level up they receive a new swim cap

I am most thankful that British Swim School had Lillian practice exiting the pool on her own. They encouraged her to go “elbow, elbow, knee, knee” out of the water. She now can exit the pool on her own at 19 months with very little support.  Another skill that I am grateful that they practiced with her was jumping off the edge of the pool and then paddling back to the ledge. I feel as though this is practice for if she were to fall into and it her how to save herself and get back to the wall. While at 19 months she cannot swim on her own, she is starting to paddle her arms and definitely has the idea to try and get back to the ledge herself. I think that this skill will improve over the years.

Other skills that British Swim School is big on advocating is separating the child from parents, and back floating.  Jackie worked on these skills each lesson and my daughter is now able to float assisted on her back for the entire “Twinkle Twinkle Little Star” song with Jackie holding her. She also somewhat tolerates the swim ring. I feel as though if she had more lessons with Jackie for a few more months she would have gotten even better.  I have even noticed my daughter who used to hate being on her back in the water lay down on her back voluntarily in the bathtub at night. It’s so amazing to see the progress. We took short videos at each lesson so you could see for yourself how she has progressed:

Working with British Swim School has been amazing. If we ever needed to reschedule a lesson, even last minute, when my son got strep throat an hour before her lessons, they have always made it simple to reschedule. Heemin and the rest of the staff truly care so much about each of the students and really just want everyone to be happy with their program.

Swimming is such an important life skill and it has been amazing to watch my daughter improve so much  and grow to love the water during our short time at British Swim School.  We would recommend their program to anyone who wants their children to learn water skills beyond just the typical splashing and singing songs that are the focus of so many other swimming programs.

Disclosure: British Swim School provided the writer with swim lessons in order to facilitate this review. No further compensation has been received and all thoughts and opinions are the writers own. 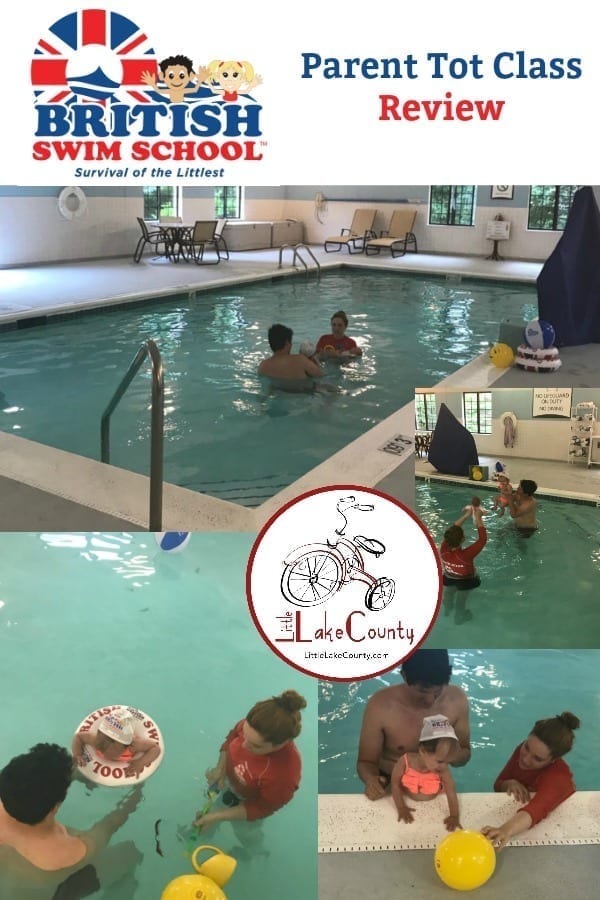 Arctic temperatures, ice, and snow will soon be gracing us with its presence again here in Lake County. While I have always thought of this time of the year as just a time to stay […]

The Marriott Theatre for Young Audiences presents The Velveteen Rabbit

Things that are difficult to enjoy: taking a 4 year old and 22 month old to the movies, to the store, to a restaurant or just about anywhere. Wiggling, screaming, begging for snacks and other […]