This story was part of a promotional partnership with Goldfish Swim School – Mundelein.

After 12 weeks, Gabriel is so close to graduating to a Junior level 2. This means that he will be able to swim 5 feet on his own. So far, he’s able to float on his back on his own, jump and pull himself out of the pool, and has a lot more confidence to try swimming 5 feet on his own.

Rafael is doing better with his paddling, kicking, and having his head underwater during water dips. We are working hard on his independence when climbing the wall or floating on his own on the giant foam duck or board.

The teachers at Goldfish truly make a difference with how fast they are learning and how much they love coming to school. They make it so exciting for the kids when they master a new skill. The encouragement given by the teachers boosts their confidence which makes them work just that much harder to get to the next level.

I can’t wait to see what stride the kids make in a couple more weeks. Maybe I’ll have at least one independent swimmer before fall!

by Rosemary Bridges
Rosemary is a mom who wears many hats. She is a working mom and has two little boys. Together with her husband, David, they set off to find adventures all over Lake County. Rosemary moved to Lake County from Chicago as a teenager and has been a resident for over 10+ years. Although the big city lights have a special place in her heart, the quiet suburbs won her over to raise her children.

Disclosure: Goldfish Swim School provided us with swim lessons in order to facilitate my reviews. No further compensation has been received, and all thoughts and opinions are my own. 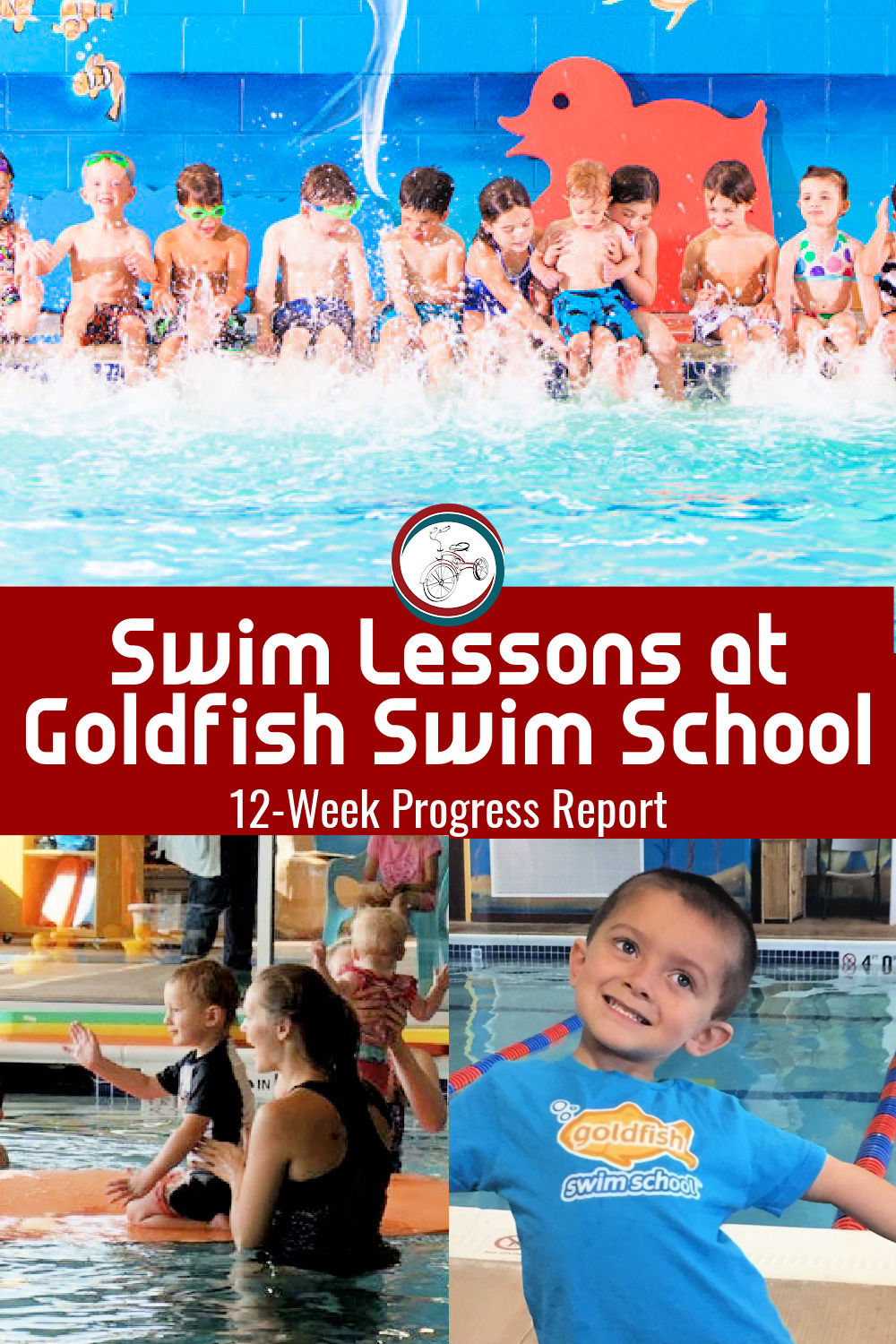 Did a new furbaby enter your house recently, or are you thinking of bringing a new four-legged friend home? Well if so, there are definitely some guarantees in your future: 1. Your neighbors will get […]

Change up your date night! Loralie has some date night adventures that will make y our dinner and a movie less appealing. […]